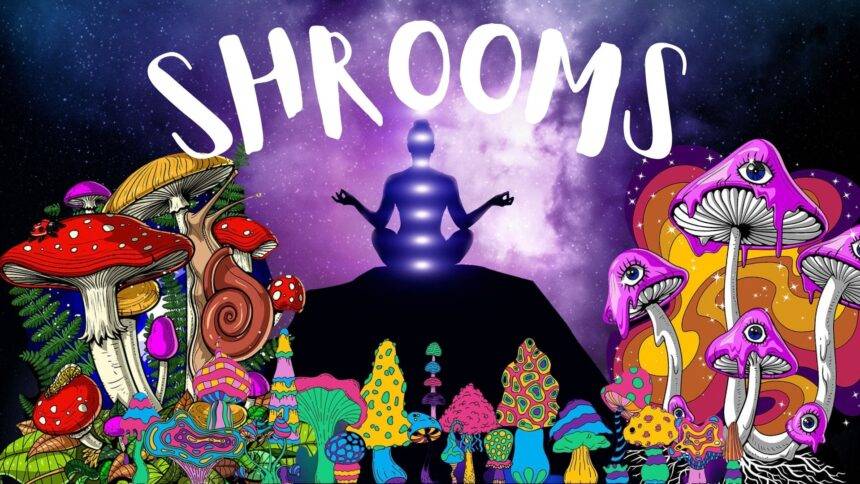 Everybody at this point I think knows that marijuana is legal in Washington DC. You can get weed in DC from medical dispensaries via self-prescribing for a medical card as a Washington DC resident and recreational delivery dispensaries will bring you cannabis “gifts” directly to your door.

I have been using Select Co-Op for years. However, Initiative 81 allows for your favorite recreational dispensary to also provide you with magic mushrooms as well.

Forbes magazine recently presented an article discussing “Micro-dosing Psilocybin Mushrooms Improves Mood and Mental Health After One Month”. I have been dealing with psilocybin for over a year now.  Let’s begin by discussing some terms.

Psilocybin is a psychedelic compound produced by various fungi species, most notably in certain mushrooms that grow in Europe, South America, Mexico, and the United States..

Psilocybin is a naturally occurring psychedelic prodrug compound produced by more than 200 species of fungi. Most commonly people think of the hallucinogenic properties of some mushrooms or an entheogenic plant and fungus.

There are also fungi that alter mood, perception, and cognitive function.

What is MDMA? MDMA is a synthetic drug that alters mood and perception. It is an active component in the drugs known as molly/ecstasy.MDMA is being proposed in trials for various psychological and physiological conditions.

In the last few years, as laws around cannabis have eased, so have restrictions around psilocybin mushrooms. These days in the District, shrooms are no longer taboo.

The Entheogenic Plant Medicine and Fungus Policy Act of 2020 or Initiative 81 made it so that natural, from the earth psychedelics like ayahuasca, mescaline, and yes, magic mushrooms, were decriminalized. Which is basically the lowest law enforcement priority.

Initiative 81 allows for magic mushrooms to be added to the menu. Like cannabis gifting you may select your product from the online menu. You can choose mushrooms, cannabis, or a combination gift of the two brought directly to you inside Washington DC city limits.

Initiative 81 has been in effect since March of 2021. As WUSA9 reports, “Initiative 81, formally known as the Entheogenic Plant and Fungus Policy Act of 2020, does not make it legal to use mushrooms or other psychedelics, but it makes policing and prosecution of them a low priority. The battle to get Initiative 81 on D.C. ballots was spearheaded by spokesperson Melissa Lavasani, who said she knows firsthand how much of a difference access to these mushrooms can make”.

Let’s clarify what “low priority” means in Washington DC concerning shrooms. Politico goes on to detail “Psychedelic mushrooms are basically legal…Back in 2020, voters approved a ballot initiative that made growing, purchasing, and distributing mushrooms the lowest law enforcement priority for D.C. police. In Washington, you can have mushrooms delivered to your door in less than an hour without worrying about running afoul of local cops. And a lot of people here are availing themselves of D.C.’s unique decriminalization rules. Micro-dosing mushrooms as a kind of performance-enhancing brain boost — already wildly popular among the California tech set — is now common in Washington, especially in media circles. Recreational use — macro-dosing? — isn’t all that uncommon either.”

Is it safe to use psilocybin and magic mushrooms?

Although LSD and psilocybin are relatively safe, there is a very high risk associated with buying substances from an illegal source, because you can’t confirm the purity and concentration of the substance. You also won’t know if other toxic substances are present in the substance you receive.

Psychedelics change the way that the brain functions. Its one of the main effects of psilocybin. Doctors are now studying hallucinogenic mushrooms as a tool to treat drug abuse addiction.

They are hopeful that psychedelic’s brain resetting benefits can cause long-term benefits, altering the way that the brain processes information, which will carry over into longer-term behavioral changes.

Researchers have been aware for a long time that mushrooms and other psychedelics can have significant therapeutic effects on a person’s mental health and outlook.

Now, there is new research that pinpoints what actually happens to the brain, when it is under the influence of psychedelic drugs like LSD and psilocybin.

Micro-dosing psilocybin involves taking small amounts of the substance daily in order to slowly adjust brain chemistry without experiencing hallucinogenic effects. Some people dispute the exact amount considered to be a micro-dose, but it is generally considered to be less than .3g per day..

Micro-dosing drugs can have more than just mild effects. For example, psychedelics like LSD act on the serotonin neurotransmitter system, which is also targeted by traditional antidepressants. This suggests that the anecdotal mood-boosting benefits of psychedelics may be real.

Compared to traditional antidepressants, which can take weeks to work, micro-doses of LSD have been reported to produce small beneficial effects after just one dose..

Macro-dosing on psilocybin mushrooms refers to taking large quantities of the drug at once, which could range from 2 to 6 grams depending on the person’s experience. Some people use macro-dosing as a way to party and get high on mushrooms, which is their prerogative.

Macro-dosing can and will have profound psychological and emotional experiences for the user.

How to do magic mushrooms in DC safely.

Shrooms can make you feel relaxed, see colors and music, and even see grass growing through your hands. It’s a feeling so different from everyday life that millions of people try it out every year.

First-time users should start with a small dose and work their way up. Dried mushrooms are not required; chocolate mushroom bars are now available.

For example, to get psilocybin in dc, try the Polk-a-dot Bars sold by Select Co-Op come in 15 pieces and are 4 grams of psilocybin.  I would begin with a gram and slowly consume more.

Where to Find Magic Mushrooms in DC

Microdose: 1-3 Pieces to Stimulate the mind.

The effects of psilocybin are similar to those of LSD, including altered perception of time and space, intense changes in mood and feeling, and other possible effects such as euphoria, peacefulness, spiritual awakening, derealization, depersonalization, distorted thinking, visual alteration and distortion, dilated pupils, dizziness, drowsiness and yawning, and impaired concentration.

Psilocybin’s effects vary depending on the user’s mental state, personality, and immediate environment. If the user has a mental health condition or feels anxious, they’re more likely to have a bad experience.

Your Brain on Psilocybin Mushrooms