The best antidote to Covid vaccine anxiety is cannabis, and if you’re lucky, you won’t even have to pay for it. Today, just about one third of Americans are vaccinated against Covid- 19, but the vaccine rate has been declining and extra stock is being shipped out of the country. Due to any number of hesitations and concerns, attention is shifting to those who are leery of the vaccine. People who have waited now face a wealth of incentives, and are now being offered everything from free beers, to $1 million dollar, savings, bonds, and now, cannabis. Anything in hopes of getting more sticks in arms, as lack of demand is forcing some of the mass vaccination sites to close. So far D.C, Michigan, and Washington state are all participating in some kind of cannabis incentive program, giving out pot to vaccine patients, and cannabis activists in New York did the same thing to help celebrate 420.

Overall the way this is being reported in the media is positive, but I have to be honest; I’m a little bit turned off by this. On the one hand, any chance to decrease cannabis stigma is a win, since it all adds to the momentum of legalization that we hope to see soon. However, even with that, it’s still a fraught situation, with cannabis still federally illegal in most states. In many states, even those where recreational or medical cannabis is legal, people of color are still attacked, harassed, and arrested for possession. How will an officer know the difference between a free Covid joint and a regular person who just likes to imbibe? It seems like there is a lot of risk here, and if I’m honest, I’m curious who is licking those rolling papers. According to the reports the protocols called for gloves, masks, and no licking of rolling papers (so, like… a sponge?)

Giving out joints for completing civic duties isn’t new. For decades in New York, 420 is broadly observed, and activists have also celebrated the herb on the first Saturday of May with the NYC Cannabis Parade. They needed it this year, when the DC Marijuana Justice and New York Marijuana Justice organizations both had left over weed from 420, that they distributed. You have them to thank for the giant inflatable joints with a call to “legalize, liberate, expunge”, all over social media.

Since I’m already vaccinated, this opportunity is slipping through my fingers. I tend err on the cynical side of things, so I don’t put it past someone to put a band-aid on their arm and counterfeit a card just for a joint. Although, the angel on my shoulder wants me to hope that this could attract new cannabis users and get the momentum going that we definitely need. If free weed gets more vaccines in arms, I’ll support it. If you have a friend or family member who is interested in cannabis, maybe take it as an opportunity to show them how to smoke it. Or if you always wanted to learn to decarb cannabis so you could make some amazing ass brownies, then go for it.

Maybe I’m just jealous because I, too smoked after my first and second shots, but I paid for it. Then again, I got mine from my guy at Select, so it was worth the price. I keep seeing chatter online about “not taking weed from strangers”. I get the desire to be cautious. I mean, hell, I didn’t realize this was going to be a near future reality, but I’m still picky about my shit, so I’m glad to have spent for something quality beforehand. If you are a veteran smoker and don’t care about free weed, but you don’t want to miss the opportunity to change some minds, think about getting some weed of your own before you go. 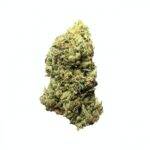 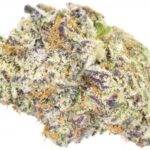