You cannot make this shit up! During the presidential election I saw people speaking of the Biden-Harris ticket as if it were as progressive left wing movement. As if Biden and Harris are going to change America. Biden is simply polished enough to realize a president should not speak about grabbing women by the pussy or overtly demonstrate his white supremacist, sexist, and disdain for working people… Do it with a smile and a promise to heal!

I am not going on a Biden rant, but a simple look at the past twenty years of politics concerning the president and vice-president should lead one to the conclusion just, because someone is not Donald Trump does not make them “good” or “progressive” or any true “change” for America. Uncle Joe Biden demonstrated this as his administration said Friday, “that it had terminated five White House staffers over marijuana use as it tries to balance federal law and hiring guidelines with the drug’s legalization in numerous states”, NBC news reported.

White House press secretary Jen Psaki tweeted. “We announced a few weeks ago; that the White House had worked with the security service to update the policies to ensure that past marijuana use wouldn’t automatically disqualify staff from serving in the White House”. The Biden administration established a “waiver” concerning the use of cannabis claiming that more people would be given opportunities that previously would not have. The Daily Beast reports that after being transparent with past use and hired “dozens of White House staffers had been suspended, asked to resign, or placed in a remote work program, because of past marijuana use”.

The White House has terminated five staffers for cannabis. The staffers that were allowed to remain received waivers. According to NBC news. “Those granted waivers have to agree to cease all marijuana use for the entirety of their government service and agree to random drug testing. Those employees would also be required to work remotely for an unspecified period following their last acknowledged use of marijuana, although many staffers have been working remotely, because of coronavirus restrictions anyway”.

However, for unspecified reasons the five staffers who were terminated; were not granted the waiver to work in the administration. White House press secretary Psaki went on to state that the White House, “worked in coordination with the security service to ensure that more people have the opportunity to serve than would not have in the past with the same level of recent drug use. While we will not get into individual cases, there were additional factors at play in many instances for the small number of individuals who were terminated.”

It is almost comical how cannabis is being politically spun every other week to fit a politician’s needs. However, it is not comical as people’s lives and ability to earn a livelihood are at stake. Earl Blumenauer, chair of the Congressional Cannabis Caucus, stated. “What’s happening now is a vivid illustration of unrealistic, unfair, and out of touch cannabis policies. There is confusion across the country, because of out of date laws and the fact that the American public is not waiting for the federal government to get its act together.”… Aaron Smith, chief executive officer of the National Cannabis Industry Association said, “The White House’s actions are sending the wrong message to federal personnel managers, as well as policymakers and employers across the country”, as reported by NBC News. So White House Staffers have to be choir boys and girls while the Congressmen, Senators, and the man with his finger on the button are trusted to do whatever in their personal lives? We have such a logical and functional political system! 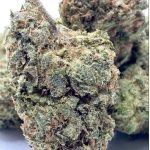