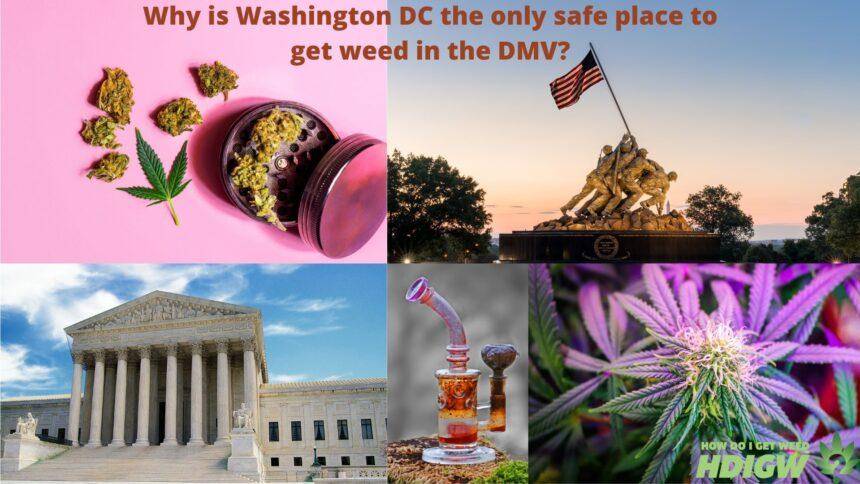 Welcome to the District of Columbia the place where we know how to get weed in the DMV. The District is not in Virginia and it is not in Maryland. The Nation’s Capital is a “district” (not a state) and has its own local laws outside of the federal government. Washington DC has passed a law called Initiative 71 (I-71) some years ago. This law allows for the transportation and gifting of cannabis within the Washington DC city limits.

This allows for companies to offer subscriptions to their cannabis menus and deliver the gifts to the recipients. In Virginia it is legal to possess but not sell cannabis by any means. Maryland has decriminalized cannabis but also does not allow for the recreational sale of cannabis. Washington DC is the only place to legally get weed in the DMV (DC, Maryland, Northern Virginia) area.

Virginia tried to make it harder to get weed in the DMV area.

Virginia recently tried to recriminalize two ounces of cannabis. NORML (the National organization for the reform of Marijuana laws) reports that “Republican Gov. Glen Youngkin’s recent attempt to re-criminalize activities involving the possession of two ounces of marijuana by adults via the enactment of an amendment to SB 591 has been defeated for the session… Legislators voted to re-refer SB 591 to the Senate Rehabilitation and Social Services committee. With the 2022 legislative session having already ended, this vote effectively ends any further discussion on the legislation this year.”

Virginia failed to help get weed in the dmv area safely for the adult consumers.

Virginia allows the sale of these newly created synthetic Delta-8 products. However, Virginia continues to ignore and demonize the marijuana market. “Pedini added, “With his attempt to create new ways to criminalize Virginians for personal possession of cannabis having failed, Governor Youngkin’s administration should actually serve his constituents by establishing a legal adult-use marijuana market and ensuring that all cannabis products sold in the Commonwealth are accurately labeled and regulated for consumer safety.”

That should make it crystal clear. Virginia is allowing the sale of synthetic cannabis. Anyone advertising cannabis delivery or recreational sales in Virginia is breaking the law and just asking to be arrested/raided. So, what about Maryland?

Maryland has a Marijuana Legalization amendment on the ballot for November 2022 according to Ballotpedia. To sum it up” “yes” vote supports legalizing marijuana for adults 21 years of age or older beginning in July 2023 and directing the Maryland State Legislature to pass laws for the use, distribution, regulation, and taxation of marijuana” Obviously a “no” vote would oppose such legislation.

In the meantime, cannabis is simply decriminalized in the state of Maryland. According to Wikipedia, In April 2014, then Governor Martin O’Malley signed a law that decriminalized the possession of 10 grams or less of marijuana. The measure made such possession a civil infraction, similar to a traffic ticket. However, the Baltimore Sun has reported since then criminal arrest for cannabis still persists in the state.

How to get weed in the DMV?

Virginia and Maryland offer medical marijuana cards for those that qualify and have endured the waiting period. Many articles have been written about this long process and the scant selection of medical dispensaries. The only means to get weed in the DMV is to take a trip into Washington, DC.

Landlords in older marijuana markets warm up to plant-touching tenants 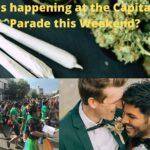 What is Happening at the Capital Pride Parade this Weekend?
Next Article 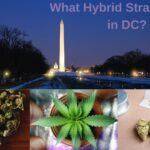