Why Don’t We Ever Follow Through on Cannabis Trends? 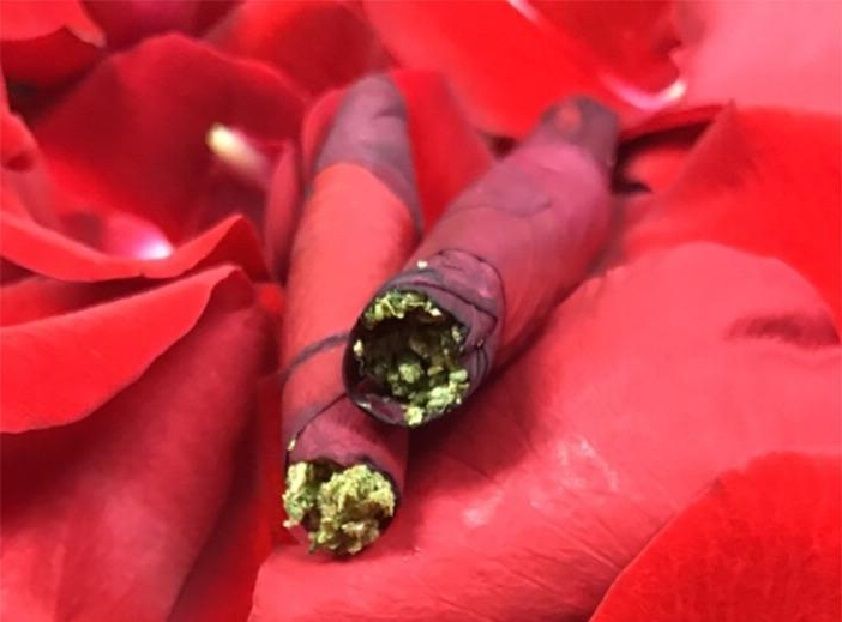 Why don’t we follow through on trying new trends in the cannabis world? I, for one, am famous for falling in love with something I saw online, only to promptly abandon it, or add it to my ever-growing canna-bucket list. Take, for example, rose blunts, which were introduced to the cannabis community zeitgeist by Twitter babe @Simple_Sasha. She set the world on fire by showing us all how to make a blunt out of rose petals. It was simple, effective, and imaginative, and suddenly it was everywhere.

I didn’t catch the video until awhile after it was posted, but I was immediately intrigued, because when I heard the term rose blunts I had automatically assumed it meant rose scented rolling papers or deep red blunts. When I found out that actual rose petals can be used as a way to roll your cannabis into a tasty and aesthetically pleasing consumption method, it bought all kinds of pretty and cool bad bitch imagery to mind. I immediately pictured myself on the set of a music video or an all pink photoshoot, submerged  in a bathtub full of rose petals, sipping fine champagne and smoking a rose petal blunt. It screamed feminine, girly shit, and I was dead set to try it. However; like most people, I fell down the rabbit hole of watching videos of people across the intranets recreating the Rose Pedal Blunt Challenge, and then promptly continued smoking out of my glass bowls and the occasional Backwoods.

I was still intent to give it a shot. I even had a couple of false starts, but I just never quite pulled the trigger. I wanted to do it the first time I saw the video, but I was already high and didn’t want to go pick up the flowers. Later, I was hosting a girl’s night, so I bought a half dozen roses with the intent to use them to roll the blunts as a group, but they ended up just decorating the room while we ate brownies. The next day, I remembered my intention, but the moment had passed and it would have taken a massive amount of energy to get everyone back and start over. That one’s on me. I really should have communicated that one up front. Although, the fact remains, I still haven’t tried it.

There was no real reason for this. Rose petals are literally the perfect flower for your flower. The legendary aromatics are regularly used in body products, perfumes, candles, basically anything that smells good. Cocktail bars regularly use them to enhance the flavor of craft cocktails. They also have soothing, anxiety calming properties that make them a perfect partner for cannabis. Now, because of their association with romance, if your significant other loves roses and flower, even a single red rose becomes one  of the most the most romantic gifts in the world. First you admire its beauty, and then it beautifies your smoke sesh. Sounds like a win-win to me. Let’s be honest, you really have to build up a tolerance for the taste and texture of Backwoods or Swishers, so this is a welcome respite.

Chances are, you still haven’t tried to make one, and I know that, because I haven’t either. It could be because I’m lazy, or it secretly seems too complicated. It could also be that there are so many trends that pass by on our screens that it generates a momentary excitement until the next trend comes around, or it could be because it’s so much easier to do things the way you learned them, and continue doing that. Think about it. Most of us learned to smoke one way, and we really did it exactly that way for the rest of time. Most people don’t even switch over to gummies or candies until they decide they don’t want to smoke anymore. I don’t know if I’ll ever actually get around to rolling my rose blunt, but I like to think I will one day. That’s why I keep the bucket list.

The Top 10 Sativa Weed Strains In DC| What Is A Sativa?

Flying High On The Friendly Skies