Cannabis is federally illegal and classified as a Schedule I substance under the Controlled Substance Act (CSA). The CSA defines Schedule I substances as drugs with no currently accepted medical use and a high potential for abuse. Schedule I drugs include heroin, lysergic acid diethylamide (LSD), marijuana (cannabis), ecstasy, methaqualone, and peyote. With the classification, it is difficult to create regulations that do not directly contradict what cannabis users and researchers report.

The gray areas of cannabis regulations can lead those seeking safe cannabis to the unknowns of the black market. It also creates a large burden for states to regulate cannabis without the support of the federal government. While most states that allow cannabis have similar laws and regulations, the law still changes the moment you cross state lines. For states that do not allow for a medical or recreational program, the black market is the only option for consumers.

So who are the biggest players when it comes to cannabis regulation? Let’s explore.

The focus of the Drug Enforcement Administration (DEA) is to enforce the controlled substance laws and regulations of the United States and bring to the criminal and civil justice system those involved in the growing, manufacturing, or distribution of controlled substances. The DEA also recommends and supports non-enforcement programs to reduce the availability of illicit controlled substances on the domestic and international markets.

The significant role the DEA plays in cannabis is its role of regulating the manufacture and distribution of controlled pharmaceuticals (such as scheduled prescription drugs) and listed chemicals through the DEA’s Diversion Control Division.

Each year the DEA publishes statistics from the eradication and suppression program. In 2021 it was reported that the DEA ceased over 5 million indoor and outdoor cannabis plants. The goal of the federal government is to protect the public’s health. Black market marijuana has the risk of unknown qualities, unknown chemical remains, and the dangers that follow illegal activities. The DEA does not report if these large numbers come from organized crime or someone’s personal backyard grow.

The FDA has approved one cannabis-derived and three cannabis-related drug products. These approved products are only available with a prescription from a licensed healthcare provider. The FDA has approved Epidiolex, which is used for treating seizures associated with Lennox-Gastaut syndrome or Dravet syndrome and seizures associated with tuberous sclerosis. Epidiolex is approved for patients 1 year of age and older, which means the FDA has concluded that this particular drug product is safe and effective for its intended use.

The FDA has also approved Marinol and Syndros for therapeutic uses in the United States. Marinol and Syndros include the active ingredient dronabinol, a synthetic form of delta-9-tetrahydrocannabinol (THC), the most abundant and well-known component of cannabis. Another FDA-approved drug, Cesamet, contains the active ingredient nabilone, which has a chemical structure similar to THC and is synthetically derived. The FDA recognizes the potential opportunities that cannabis or cannabis-derived compounds may offer and acknowledges the significant interest in these possibilities.

Until cannabis is federally legal, each state has the responsibility to set standards and regulate according to the laws and bills that their local government passes. In 19 states, the Department of Health regulates medical cannabis patients and businesses. In eight other states, the Department of Health regulates only patient registries. Some states also have advisory boards to assist with regulations.

Many other local state departments assist in the regulation of cannabis. In Connecticut, the Department of Consumer Protection regulates medical cannabis. In Colorado, the Department of Revenue regulates gaming and liquor as well as medical and adult-use cannabis businesses. However, the state’s health department maintains the patient registry. Michigan’s program is overseen by the Marijuana Regulatory Authority, which is within the state’s licensing and regulatory affairs department.

Some states divide and conquer the role of regulation with the help of multiple agencies. In Arkansas, the Medical Marijuana Commission and the Alcoholic Beverage Control Division regulate medical cannabis businesses. The Department of Health maintains the patient registry. In Louisiana, the Board of Pharmacy regulates dispensaries (which are called pharmacies but are not DEA-licensed to dispense other controlled substances), the Board of Medical Examiners registers physicians who recommend and craft related rules, and the Department of Agriculture regulates cultivators.

During a time when U.S. drug policy is changing at rapid rates, it’s especially important to have reliable and effective regulation. These entities work together to promote the safe consumption of cannabis in America. 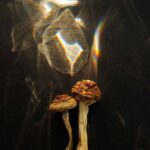