When I get humbled I have no problem admitting it. When I am wrong I can say I am wrong. I came to Washington, DC earlier this month to kick it with some friends. It had been years since I had been to DC. As I was talking to them before I flew in I was telling them I would bring some 420 supplies with me. They laughed and asked, why?

Ummm, I am in Cali and we got that bomb shit! Again my man laughed. OK, You will see when you get here. Flying into the city I knew what to expect concerning cannabis. I had no idea that I had no idea.

My folks picked me up from the airport and we came into the city. I think they live in the Northwest section of the city. I noticed a few “Smoke Shops” on the ride. I was like “Yo, let’s check out some of these stores”. I didn’t even know DC had weed stores. My friends informed me DC doesn’t and explained to me what Initiative 71 is. As I understood it, it simply means you can transport a couple ounces in your car, possess it, and gift it to friends.

I was told that these shops are not compliant with Initiative 71. The police raid and shut down these shops consistently. My man reminded me you cannot exchange money for cannabis and have more than two ounces on you. I asked, “so these shops just operate illegally in broad-daylight”. They laughed and said yes, until they get shut down. He told me the weed in these shops is often suspect and they avoid them like the plague.

My man explained that gifting cannot involve the exchange of money for cannabis. Ok then how do you all get your weed. Then they explained delivery services and how they use Select Co-op. He showed me the app on his phone and I was pursuing the menu. I was doubtful to be honest. I was looking at all of these strains that looked amazing and doubted they even had such dank.

The dispensaries I hit in California do not have the range of strains I saw on the site and were more expensive so I was doubtful. After we got to their spot to drop my bags they placed the order and we went to meet the delivery driver to receive the “gifted” cannabis. When we got back to 420 I realized I never had Sour Jokes Up before and the strain was amazing.  That evening we hit Skywalker OG and it was some of the best of that strain I ever had. I admit I had no clue what the cannabis game was like in Washington, DC. I am like damn the dispensaries I hit need to get on this Select Co-op level! 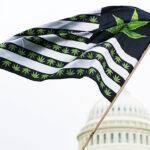 5 Cannabis Crucial Restrictions And 420 Absolute No-Nos In the DMV!
Next Article 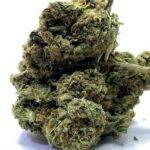