Marijuana reform is becoming an ever-larger part of the national conversation. Cries for decriminalization and legalization are growing, and the cannabis industry has seen sweeping change in the last five years. However, there’s more work to be done, and in an election year, its especially important to keep up the fight to end cannabis prohibition. More Americans approve of legalizing cannabis than ever before. Based on surveys by Gallup and the Pew Research Center, roughly 66% of US adults support marijuana legalization. Societal acceptance is at an all time high. Today, nearly all Americans (91%) say that marijuana should be legal in some form, while fewer than 8% now say that marijuana should be illegal in any and all circumstances. It would seem that the time is at hand for change, but there are complicating factors that push this reform out of reach.

There are broad partisan and generational differences in views of marijuana legalization. 78% of Democrats and left leaning Independents are more likely to support legislation than those who identify Republicans (55%), but there is more inter generational support for reform than one might expect. Large majorities of Millennial’s (born between 1981-1997), Gen X (born between 1965-1980), and Baby Boomers (born 1946-1964) support legalizing marijuana, while only 35% of the Silent Generation (born 1928-1945) supports legalization.

With larger swaths of US citizens supporting cannabis reform, why is cannabis still illegal? Well, because the older generations vote. In the 2016 presidential election , 27% of voters were over age 65, while only 13% of voters under 30 voted. Unless younger voters increase their turnout, at local, state, and national levels, legalization is years away. With national election fast approaching, we think it’s important to understand where the candidates stand on this important issue, so here is a rundown of presidential candidates and their views on cannabis.

The sitting president opposes both decriminalization and legalization of cannabis. This is out of step with most US voters, especially the 55% of Republicans who favor legalization. In his 2016 election campaign, Trump favored leaving the issue up to the states, but his administration has upheld the federal prohibition of cannabis. The passing of the 2018 Farm Bill legalized industrial hemp, but Trump’s 2021 fiscal budget proposed removing protections for state medical marijuana laws.

The former Vice President and presumptive Democratic Party nominee opposes legalizing marijuana. He helped draft the Violent Crime Control and Law Enforcement Act, (referred to colloquially as the 1994 Crime Bill), widely considered one of the key triggers for mass incarceration in the 1990 s. In a recent interview with the Breakfast Club he oddly proclaimed that he “knows a lot of weed smokers” who have provided him with anecdotal evidence that informs his opposition to legalization. However, Biden recently formed a task force with former rival and cannabis reform supporter Bernie Sanders, and this task force largely disagrees with his stance. Most members support ending cannabis prohibition. Every member of the group supports cannabis reform to some extent. Biden has changed his view on marijuana as a ?gateway drug, and does support decriminalizing possession, expunging past records, allowing medical cannabis and letting states uphold their laws. The impact of the voice of opposition within his ranks remains to be seen on Biden’s campaign, but it’s a start for the presumptive Democratic nominee.

Though he suspended his campaign on April 8, leaving Biden the presumptive nominee, Sanders is still likely to remain on the ballot for the Democratic National Convention. He has spent recent months gathering delegates and remained on the ballot, with an eye towards attending the Democratic National Convention and influencing the party platform. He’s even teaming with Joe Biden on a policy focused task force and hand-selected several of its delegates himself. Sanders is explicitly in support of legalizing marijuana, and during his campaign for the Democratic nomination, identified legalizing cannabis as a key priority in his first 100 days. Notably, Sanders acknowledged the disparate impact of the industry on people of color, an aspect rarely discussed on the national stage. His impact on criminal justice reform through cannabis legislation remains to be seen, but he continues to gain the influence needed to create actionable support. 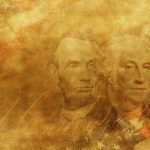 Cannabis is American AF
Next Article 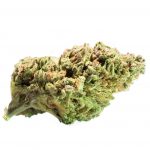