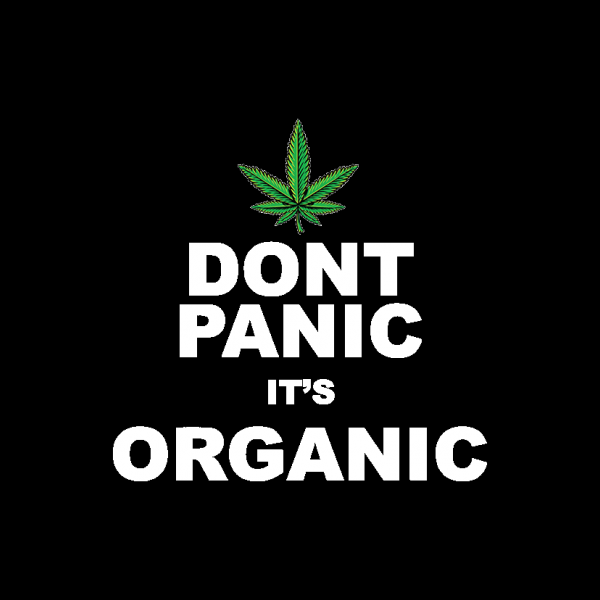 These days you can get just about anything organic, even your cannabis. But why is organic cannabis even a thing? Does it just mean pesticide free, or is there more to the story? Even though it probably sounds a little bit gimmicky, there are reasons why organic weed is desirable to some. But does it even mean anything? If you’re like me and saw that 20/20 special that exposed that organic tomatoes are pretty much the same as regular tomatoes, you might be suspicious.  But read on to find out more.

For traditional crops, organic is a claim designated by the U.S. Department of Agriculture, and it indicates that a crop has been evaluated by a certification agency to determine whether the growing methods they used are in line with those of the National Organic Program. This program doesn’t mean that there are no pesticides or fertilizers used in the growing process, but instead that the pesticides and fertilizers used in the crops are approved by the Organic Materials Review Institute (OMRI). Obviously, cannabis doesn’t go through this process, because the federal government doesn’t recognize weed as an official crop. Quite the opposite. It’s still categorized as a scheduled substance, with the exception of hemp, which was legalized via the 2018 Farm Bill. So you won’t find any USDA Prime Weed on shelves anytime soon.

Organic cannabis is currently understood to be weed that is allowed to grow in natural soil without any interference from chemicals or pesticides. This means that plant growth occurs on its natural time line, with no accelerants, just good old fashioned soil and sunlight. But it’s super rare to find it in mass quantities, even though you might hear otherwise from your cousin’s friend’s buddy Dusty. You might be asking yourself why “organic” is even a claim that producers need to make.  With the explosion of the cannabis industry in the last few years, industrial growth methods have become more complex. Whereas before, you might have just assumed your weed was grown more or less organically by your weed guy, these days with big weed brands, they probably don’t want to wait six to twelve weeks for a crop to yield. It’s better for the customers and profits if they can get the plant out faster.

Unfortunately, there’s not much guidance on certifying organic weed. There are certifications that work with cannabis growers, but they’re few and far between. They aren’t often specialized or super experienced, and they don’t usually have the resources to conduct a thorough investigation. One exception is Certified Kind, an agency that has spent decades inspecting farms across the US and Europe. Even their list of rules for certified farms is fifty pages long, so they aren’t kidding around. If you want to seek out organic cannabis for sustainability reasons (and many do), they’re one of the most consistent certification bodies out there today.

Organic or otherwise, I get my cannabis from Select Co-Op because I recognize that they have amazing quality, superior to any other local dispensary that I’ve found. I choose my local dispensary the same way I choose my local grocery store: service, selection, quality, and convenience. Organic comes in somewhere down towards the very bottom of my list, if at all. There’s absolutely nothing wrong with prioritizing getting the best quality you can. I just don’t think that calling something organic fully indicates its quality. Some might choose their weed based on whether or not it’s organic, but for me, the service, variety, and quality mean more. Because of that, choosing Select for my local dispensary is a no-brainer.