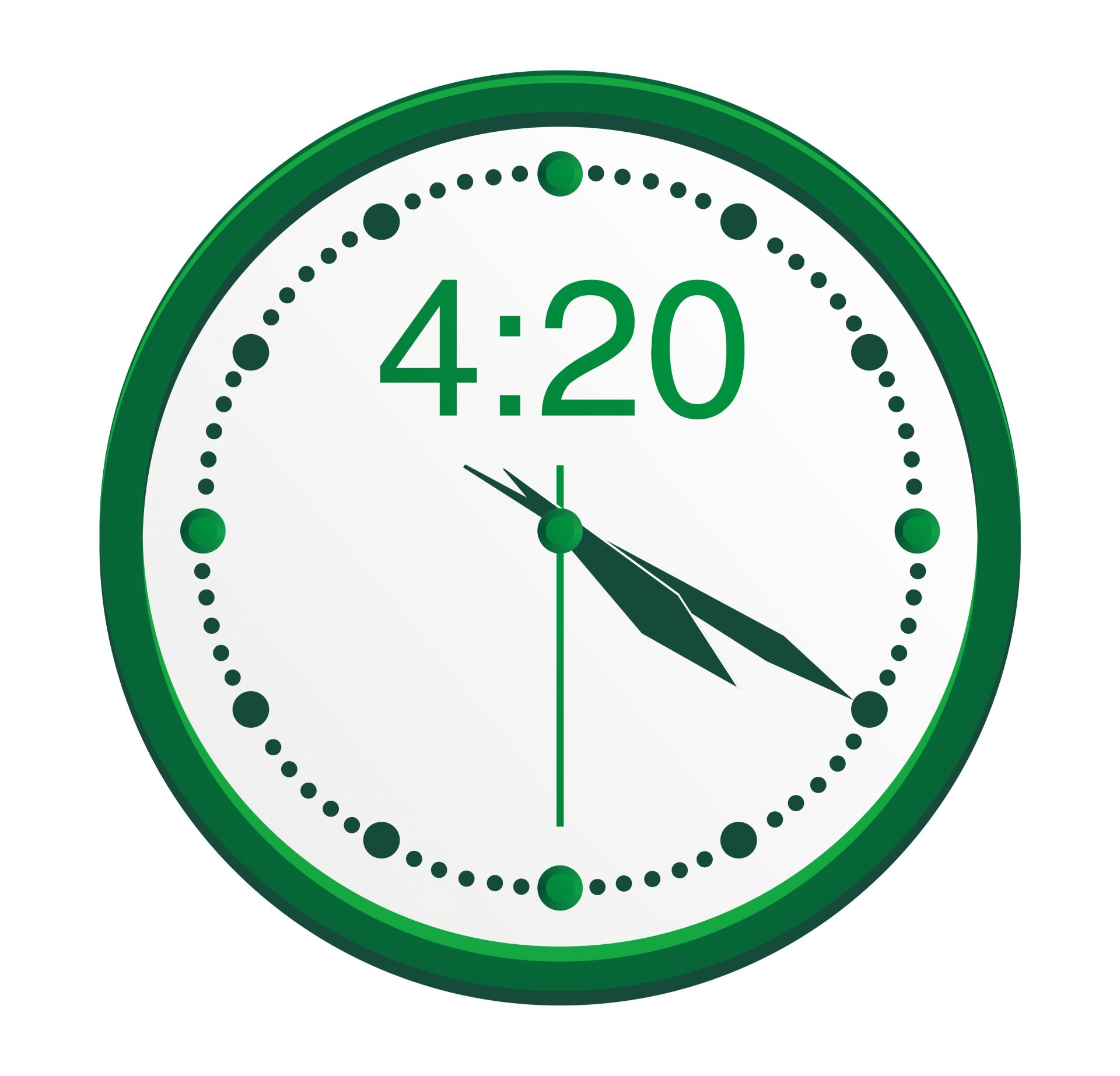 There is no better time and date for lovers of cannabis. For those born yesterday, no judgement we all were born sometime, 4:20pm is the official toke time for cannabis users and the date 4/20 is recognized as the day to officially gather and toke up! But why 4;20/4/20? What is the significance of the number and why did this counter-culture expression begin? We are going to be doing a series on 4:20 here at HDIGW.

First we must look at the reality of the counter-culture movement of marijuana. In 2020 when a toker can openly walk down the street in the nation’s capital with one lit, a consumer can buy CBD oil in Whole Foods, and head shops are becoming a thing of the past as websites, gas stations and tobacco shops carry all needed paraphernalia is marijuana actually counter-culture anymore? In the 1970’s when the 4:20 phenomena began users were truly outside of the mainstream and viewed as degenerates.

But back to the question…why “4:20”? The simple answer is we don’t know but its fun to look at the theories that have been floating around. According to Vox, Steven Hager, a former editor of the marijuana-focused news outlet High Times, told the New York Times that the holiday came out of a ritual started by a group of high school students in the 1970s. As Hager explained, a group of Californian teenagers ritualistically smoked marijuana every day at 4:20 pm. The ritual spread, and soon 420 became code for smoking marijuana. Eventually 420 was converted into 4/20 for calendar purposes, and the day of celebration was born. Full Article Here.

There are also some lesser known but existing theories in the annals of 4:20 theorists . It has been said 4:20 pays homage to the over 420 chemical compounds in the cannabinoids found in marijuana (but there are over 500). Did you know 420 is a former LA police code for marijuana (actually, it is not)? Have you heard the theory about Bob Dylan track multiplied by 35″ to produce 420?… and there are Bob Marley legends floating around about his death (it was not on 4/20). Be assured any idea anyone has ever thought about 4:20 is floating around some cannabis circle somewhere.

Got a 4:20 theory of your own? Let us hear it. I suspect a dude was famously short and always came to his supplier with $4.20 for a nick. It became the joke that 4:20 instead of 5pm was the official toke time…or not! It is clear is that there is no official account of how and why we have 4/20. But we can officially give thanks for the hour of power and the day of universal toking

We are going to explore 4:20 over the next few days. We will go beyond looking at it as the official toke time. As a counter-culture movement we will look its dynamics and original nature of it during the 1970’s in the next article. We will also look at how it in the 1980’s and began to change in the 1990’s and into the current millennium . We will conclude our exploration with 4:20’s modern dynamics and state of affairs. Check back at selectco-op.com tomorrow at 4:20pm!

What is Myrcene and How does it work?