Many of us are holding on to hope that cannabis will be fully legalized at the federal level one day. We’re picturing a world where cannabis is widely available and consuming it is as much a rite of passage as having a beer at age 21. Some of us are trying to get rich from it, while others of us just want access for medical care and comfort, and still others of us just want their weed related records expunged. Now, I ask this in all seriousness, how the hell are we supposed to achieve any of it, if we never get out of this extended, complicated web of legal, regulatory, and personal hang ups that are keeping us from moving forward?

The Olympics are long over but since that whole debacle, I’ve been thinking the U.S is in weird Cannabis purgatory when it comes to cannabis legislation and acceptance. I live in a little pro-weed bubble and it’s easy to forget that the many of broader population still has a… Shall we call it, complicated relationship with cannabis. Sha’carri Johnson, whom you may know sparked a decent moralizing and controversy when she was disqualified for smoking weed. Also at the center of controversy ever since the revelation became public, her outspoken approach has gotten her into a weird feud with the entire Jamaican track and field team where citizens of Jamaica deride her for smoking cannabis. I say it’s weird because Jamaica is literally known for cannabis and Rastafarian culture explicitly encourages the use of cannabis for religious enlightenment. So while the rivalry makes sense as far as the track is concerned, the anti-weed sentiment is just befuddling.

It’s not at all unique. What about in Virginia? They want a round of applause for legalizing recreational weed, but somehow simultaneously making it not even worth it? Why also pass an open container law that puts you at risk for a misdemeanor if open cannabis is found in the passenger area of the vehicle? It’s justified by stating that you’re “only” at risk of a misdemeanor fine of up to $250, but haven’t we learned any lessons from the War on Drugs? Haven’t we learned anything about who suffered from the intended or unintended consequences of these laws? The poor, the black, the brown, the underprivileged. I’m not saying that lawmakers don’t need to do their jobs, or trying to justify driving while high because I very much do not believe in that. Now, defining an “open container” as any cannabis product not inside its original sealed packaging leaves a lot of room for interpretation. Going to a friend’s house to smoke, and bringing something you’ve already open? Good luck, if you happen to be pulled over by someone with a bias, who happens to be having a bad day. This is because cannabis isn’t federally legal, there’s no federal legal limit like with alcohol. There are no studies that predict the level of impairment based on gender, weight, and age, so even if we have breathalyzers that can detect the presence of cannabis, whether they can detect the presence of delta-9 THC (the main psychoactive component of cannabis), is highly debatable. So if someone believes that you are acting high, they can decide your fate. Just leave the shit illegal, people.

To get past this pattern of taking two steps forward and one step back, we’ll have to start looking outside ourselves. Even though the population of cannabis consumers looks like literally anyone on the street, some people still associate it with illegal activities tied to the “inner city”. So while the numbers say that 70% of the Americans support legal cannabis, the image of weed being associated with “the streets”, and other largely undesirable elements of society are what’s holding us back. All I can say is if you’re a cannabis lover, for medical or recreational purposes, start talking about it. Its because if people start to associate cannabis with soothing the PTSD of our troops, or helping our grandparents recover from stroke, or helping ease the depression of their neighbor, then maybe, maybe we’ll see less of these ridiculous, contradictory legal loopholes wherever cannabis is legalized throughout the country. 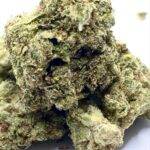 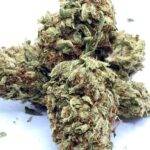