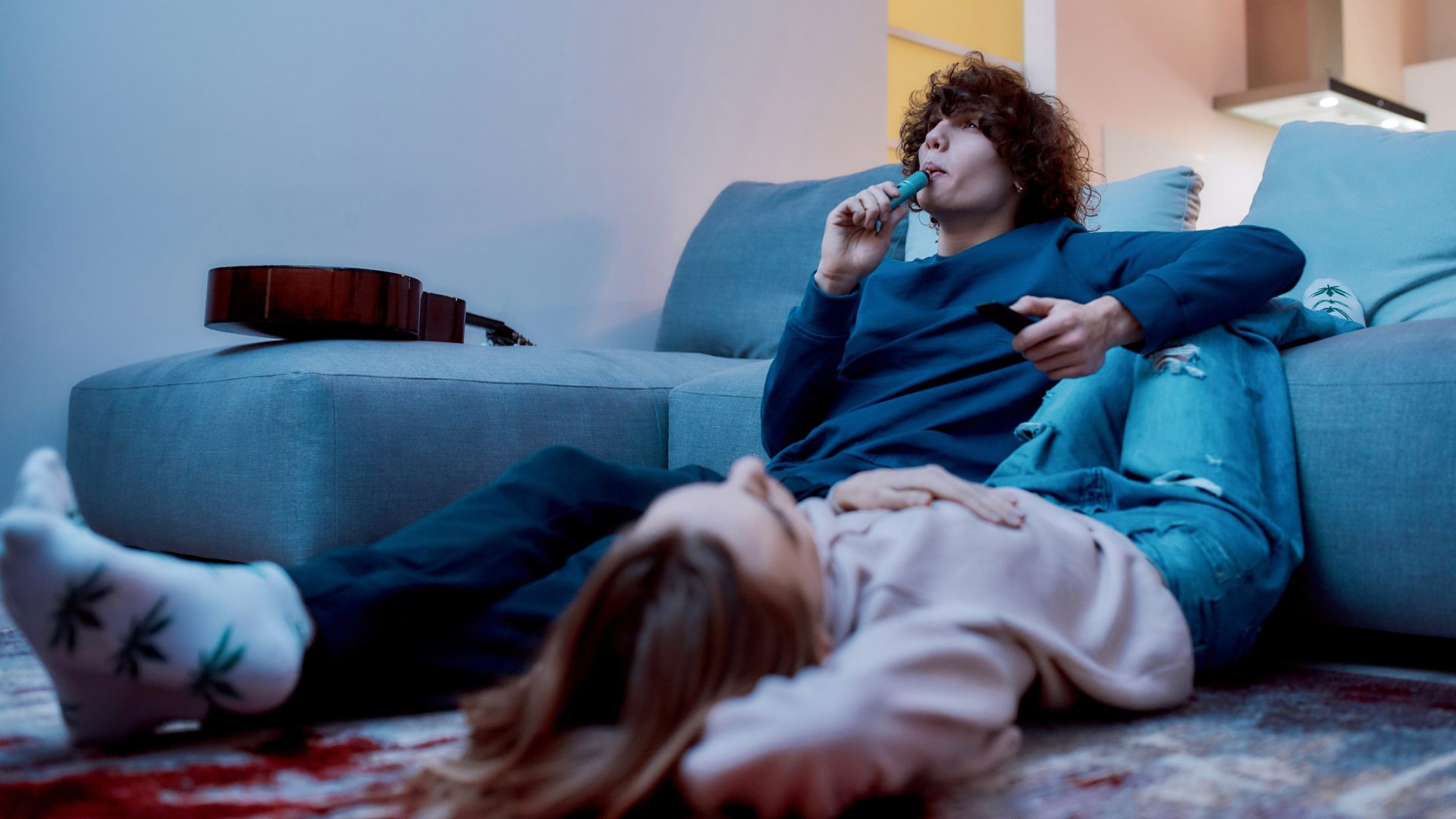 Weed tales are real stories submitted by readers documenting their personal experiences with marijuana. Names have been changed to protect the innocent. If you want to share your smoke tales with us, feel free to send them in.

Let me tell you about the time my ex – girlfriend tried to kill me with a weed – scented candle. Samantha and I moved to LA together after dating for 3 – months. We had passion, but I think we were both more passionate about pursuing our cross – country dreams. We wanted out of Springfield, Missouri as soon, as possible. Samantha convinced me that we should “Make the move together,” and split the costs. I really like to save money, so I said: “Why not?” If I’m honest, I have to admit that I knew that wasn’t the best idea. Sure enough, my intuition was right, because, after 6 – months of living together in LA, our relationship ran its course. One of us was always getting on the other’s nerves. We finally had a conversation about breaking up. I thought that Samantha would do the mature thing and find a place that she could afford. The apartment we lived in was way out of her price range, and I’d spent a lot of time finding deals on furniture to make the apartment feel like a home.

Samantha dug in her heels. She refused to move out of the apartment until our lease was up. Perhaps, Samantha thought that if she stuck around, we would get back together, or that she could lure me back with sex. However, she was out of luck, because I’m not someone who backs down from a decision. That’s why I started dating right away, just to make sure that she knew that I was serious about moving on. Samantha also made some attempts at dating, but I could tell her heart wasn’t in it.

On this particular Wednesday night, I ran home to grab my boxing gloves. I’d left them that morning. While I was at home, my mom called to update me on my dad’s health issues. I decided to take a later class because my mom needed me, and I couldn’t rush her off the phone. While I was in the bedroom on the phone, I could hear Samantha banging around in the kitchen. I smelled food that wasn’t take – out. I guess she really liked her trainer, because she never cooked for me. I stayed in the room talking to my mom for about forty – five minutes. When I came out, our apartment smelled like weed. I thought that Samantha and her trainer boo must have smoked some weed while they were cooking. I don’t know, she’s a horrible cook, maybe she was trying to get inspired. I didn’t have a problem with weed. In fact, I laughed because one of Samantha’s biggest complaints was that I smoked too much weed and that the apartment always smelled like cannabis. So when I saw Samantha and “new dude” hugged up on the couch, I said something about it at the time. She looked at me, shrugged her shoulders, and said, “so what I smoked some weed!”

I tried my best to be cordial, with the hope that one day we could be friends. We worked out a system for dates nights. Samantha could have company on Mondays, Wednesdays, and Fridays. I could have the apartment to do what I wanted on Tuesdays, Thursdays, and Saturdays. Sunday nights were off – limits because our favorite TV show came on Sunday nights. Neither of us wanted to be forced to watch it with the other person and their date. We were in the last month of the lease when Samantha got into a relationship with her trainer. The guy was sending her flowers all the time and kept leaving his smelly sweatshirt here.

Little did I know that she didn’t smoke any marijuana. She faked it and tried to kill me. I never thought to ask her if she’d burned a candle because Samantha knew that I had asthma. The only candle that I allowed in the apartment was the one in the bathroom, because it was made from soy wax. I always told her that we couldn’t use any synthetic fragrances in the house because I might die. Sometimes she argued with me and tried to buy the cleansers with lots of fake smelling fragrance anyway. There’s no way that she didn’t know that this was a big deal and that a synthetic candle could kill me.

When I warmed up at the gym, I felt a little light – headed, but I put on my gloves and started to jab the speed bag. Before I could get into a rhythm, I started wheezing and couldn’t catch my breath. I began to cough and couldn’t stop. I felt like I was going to pass out. One of the trainers came over to ask if I was OK. He said that I looked like I was dying. I realized that I was having an asthma attack. I hadn’t had an asthma attack in six or seven years. My doctor thought that I’d outgrown my asthma, and I figured that since I no longer had to deal with the Missouri cold that I wouldn’t have an attack in LA. Needless to say, I didn’t have an inhaler on me, so I had to go to the emergency room.

The hospital was a few blocks away from the gym, and one of the trainers drove me in his car. At the hospital, they told me that I could have died. I was put on a nebulizer and treated with oxygen. I texted Samantha, because I needed someone to pick up my car. I told her that I was in the hospital and that I’d had an asthma attack. She was nice enough to pick me up from the hospital, but she didn’t have to bring “trainer – dude.” I hope that she didn’t let him drive my car. When we got home, I saw the half – burned candle on the kitchen table. I exploded because that candle almost killed me. Her new trainer – boyfriend got in my face and told me that, “if I had a problem with Samantha, then I had a problem with him.” I was steaming mad. That night, Samantha moved out of our apartment to stay with her new boyfriend. She hasn’t responded with my calls or texts since about this emergency room bill. Since her problems are his problems, she should ask her hew boyfriend for help because she needs to pay my $1100 emergency room bill.

Here’s What I Learned Working as a Budtender

CBG: The “Mother” Cannabinoid You (Probably) Haven’t Heard Of