Republican lawmakers in Virginia are having a change of heart when it comes to cannabis and Initiative 71 according to ABC news. No, Virginia will not repeal recreational cannabis! In fact, the GOP is planning to move up recreational sales one year and begin in 2023.

Do we remember how the talk for legalizing cannabis was social justice , social equity, and ending the disproportionate effect on targeted communities, etc. My question remains will the talk of social justice replace the action of the corporate takeover of the cannabis industry. Well, Virginia lawmakers are looking to walk a lot of that talk back according to ABC news.

As the GOP proposes amendments the “re-enactment” vote the financial agendas are being blocked out. Amendment “to replace equity fund with funding for schools” is being propose while the rant of schools and “the children” are the talking points.

Another amendment is to secure revenue created by cannabis in the “state’s general fund” instead of directing it towards communities affected by the past cannabis policies. Senator Louise Lucas tweeted ” I’m a 78 year grandma who legalized pot and now has her own cannabis store. And I’m the last thing standing between the GOP and total control of Virginia”…

JM Pedini, executive director of the Virginia chapter of the National Organization for the Reform of Marijuana Laws. A proposer for Virginia to move up the date for recreational marijuana sales then “Continuing to give up control of the cannabis market to untaxed illegal operators is not sustainable.”

To be clear, the cannabis process will not controlled by an “illegal” operator. I live in Arlington, Virginia and take advantage of Initiative 71 in Washington, DC. Whenever Virginia works this out I am not driving hours to a medical dispensary. Initiative 71 allows for the transportation and gifting of cannabis within the Washington DC city limits. It does not allow for storefronts! I subscribe to Select Co-op Delivery Dispensary and get my goods delivered to me promptly. Without any hassle and legally transporting my goods into Virginia!

Landlords in older marijuana markets warm up to plant-touching tenants 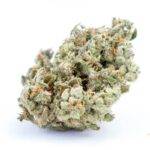 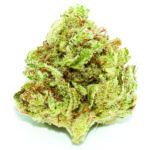