If you know the Nina Simone song it was about the savage nature in which Black people were treated in Mississippi. I had no clue the heart of Dixie was the sole cannabis research center funded by the Federal Government. The Drug Enforcement Agency (DEA) has notified several companies their applications to become federally authorized to research marijuana are moving towards approval according to the Marijuana Moment.

Currently, The University Of Mississippi is the only University in this country federally approved to cultivate and research cannabis. I have an image from Half-Baked in my mind. I see the janitors at the facility walking past the researchers saying, “Good Morning Scientist”…” Good Morning Janitor”, as a bag is exchanged on the down low. Back on point, for almost 50 years the University of Mississippi has had a monopoly on cultivating pot.

The University of Mississippi News reports “After an open competition among institutions around the country, UM won the first contract in spring 1968 to be the government’s provider of marijuana for research purposes. Later that summer, Ole Miss researchers grew the first crop of legal research marijuana in the country”. Mahmoud ElSohly is the director of the UM Marijuana project and states ” The University of Mississippi (UM) applies for the contract just like everyone else… Our research capability, our expertise, our knowledge in the areas of cannabis chemistry and production, our personnel and facilities ­­– everything is in place to make us very competitive”. While Mr. ElSohly’s words may be true as far as being competitive I still call bullshit.

The UM would have us believe that in over 50 years no other University, no other Private entity, or NGO has developed techniques or protocols better than them. Is it possible that in 50 years that a bureaucratic University has no rival or competition in being the best researchers in this field? I think not, hence the lawsuits alleging a federal monopoly.

The Marijuana Moment reports that under President Obama it was announced that the DEA was accepting applications for additional manufacturers. During the Trump administration no approvals were made by the DEA. Applicants have expressed frustration and some have filed lawsuits.

However, recently three companies have been notified of their early conditional approval. According to the Marijuana Moment, the Biopharmaceutical Research Company (BRC), Scottsdale Research Institute (SRI) and Groff NA Hemplex LLC were notified by the agency that their requests were conditionally accepted. After 50 years of a University having a monopoly three private companies are being granted approval. I am curious as to how the UM got the original contract in the first place… As I am curious as to how these firms got the contracts as well. 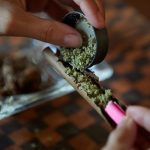