Twitter prides itself on being a hub of free speech, so I was extremely surprised to hear that the social media staple has partnered with Substance Abuse and Mental Health Services Administration, a federal drug agency, to promote substance abuse treatment resources when its users search for substance related keywords.

Upon reading about the change, I ran a quick search to see what triggers this message to pop up. Search terms like looking up “Marijuana” and “Cocaine” returns the substance abuse message as the top result. Searches for “Weed”, “Cannabis”, and “Alcohol” did not return any such messages. I honestly don’t have any issue with the agency’s work with suicide prevention and helping those with mental illnesses, but this partnership does reveal why stigma and bias against cannabis persists. Why wouldn’t it, if a person who imbibes with cannabis gets a substance abuse prevention message while an alcohol abuser gets no such reminder on this platform. Yes, alcohol drinkers are reminded to “Use responsibly”, but there is no presumption of addiction or spiraling out of control like there is with weed.

Yes, someone could be looking for somewhere to buy weed if they search the term “Marijuana”, in a “How do you do, fellow kids”, sort of way. I don’t know anyone dense enough to get their weed that way. Though the cautionary message popped up on my screen, my Twitter algorithm seems to believe that most people are looking for news when they search the term, because those were the main results, I saw upon searching the term. So why does that require a warning?

An estimated 88,000 U.S. deaths were alcohol related according to the National Institutes of Health in 2019. Also, in 2019, a 39-year old New Orleans woman was suspected to have been the first recorded death from a natural THC overdose, and that’s unconfirmed. The Drug Enforcement Administration acknowledges that no deaths from marijuana have been reported. So why the stigma when you’re so much more likely to die from alcohol abuse? It’s maddening and unquantifiable who will attribute deciding not to have a drink today to this message on Twitter?

Why do searches for “Beer”, “Wine”, “MDMA,”, and “Adderall” return no warnings? Either apply this message and its accompanying stigma broadly to proven addictive subtances, or leave it alone. 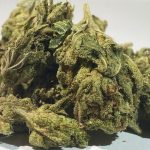 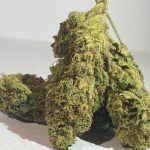