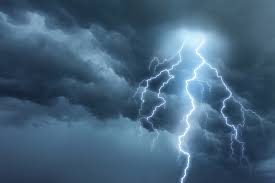 Kevin sighed inwardly as he rang the doorbell to the enormous red brick home in the gated community across town. A tall brunette wearing ten necklaces decorated with multicolored toy penises answered the door, meowed at him, and walked him into the living room, which was splashed with pink beads, feathers, and toy penises of every shape and size. A group of ten women hooted and hollered as the music started. Every weekend it was like this. Groups of women, some blonde, some brunette, some old, some young, all celebrating some girls night out, some divorce, or a birthday. Tonight, a bachelorette party, his least favorite, but most consistent weekend gig.

On a good weekend he could count on no fewer than four groups of brides to be with various sisters, cousins, best friends, and chicks from the office. Also they could be vicious. From the neglected housewives to the wide eyed college students, none of the women held back in objectifying him. One look at the countertop littered with gin, vodka, green crumbles and brownies told him this group was ready to start our thunder down under party.

Tall brunette introduced him as “Thunder” and turned on the music. As he began swinging his hips, the ladies began to whoop. He had a routine that worked. Singling out the bride to be, eye contact, sitting her in a chair, eye contact, doing a quick flip with his butt towards her, then turning her upside down. He worked out 6 days a week in the gym, so his body was right for the job, and the eye contact usually put him over the edge. Tonight was no different. He singled out the girl in the short veil and got to work. As he was turned upside down, his hands on the floor, his hip gyrating to the music, he briefly caught a look at the side of a short curly haired woman with glasses as she turned around. He didn’t think much of it, there was usually at least one or two women who didn’t engage with him. However, then the tall brunette who let him in piped up.

“Wait!” she shouted. Her words slurred a bit due to the atmosphere. “What about Monica! It’s midnight and that means she just turned 42! Let’s get her a dance!” She looked around and spotting her in the kitchen, grabbed her and dragged her out to the living room. The bride looked annoyed at the interruption of attention on her, but resigned. When Monica entered the room Kevin’s jaw dropped. It was the short lady with curly hair and glasses that he’d only caught a glimpse of earlier his Aunt Monica.

“Kevvy?” She exclaimed, taken aback. “Is that you? Does your mother know you’re doing this?”

“It’s Thunder, and I’m a grown man, Aunt Monica,” he responded, trying to keep his voice down. “Also no, please don’t tell her.” The whoops from the crowd disappeared as everyone took notice of what was happening.

“I have to tell her Kevin; she’ll want to know. I thought you were saving money to take some classes?” she pressed.

His face reddened. “I am, but I haven’t saved enough yet.” He desperately wanted to get back to the moment before he knew she was there, but that wasn’t going to happen. First the faces looked concerned, then the giggles started. His Aunt Monica had a group of friends he never even knew about and he could feel his stripping career ending before his very eyes. It felt like time froze, but before long the tall brunette gave him the go ahead to depart. He had called an Uber as he usually did, but it quoted an 18 minute wait. He gathered his belongings and waited outside. Five minutes later his aunt came outside, offered him a ride, and took him home.

The next week, Kevin put “Thunder” to bed for good and enrolled in a motorcycle maintenance technician course.

Getting to Know CBD… The Calm To THC’s Storm

What strains are better Indoor Weed VS Outdoor Weed? 2022