After years of stringent anti-cannabis enforcement, Virginia is decriminalizing marijuana possession. The new law reduces penalties for personal possession of up to an ounce of marijuana to a maximum $25 fine, with no arrest or criminal record. Formerly, possession was classified as a criminal misdemeanor, punishable by up to 30 days in jail, a criminal record, and possible revocation of driving record. The new law, which took effect on July 1, was a bipartisan effort led by VA State Senator Adam Ebbin (D) and VA House Delegate Charniele Herring (D-46th District), and also seals the records of past convictions from public view. Top state law makers are already indicating that they are looking ahead to full legalization.

In Vermont, the state legislature passed two different versions of S.54, a bill meant to regulate and tax cannabis sales. A conference committee has been appointed to harmonize the two bills, a process that will begin in August. Vermont has made progressive changes to its medical marijuana laws over the last 5 years, while cannabis has been decriminalized in Vermont since 2018 for residents 21 and up.

In Florida, SB1860 is dead after the state legislature adjourned without taking action on the bill. The bill, which was introduced by Sen. Jeff Brandes (R), was meant to legalize and regulate cannabis for adults 21 and older. Efforts to put legalization on the ballot has shifted to 2021. Currently, medical marijuana is legal for a limited set of conditions. Possession of small amounts of cannabis is illegal, and sale or delivery is a currently felony.

The finalized version of the New York pre-employment testing ban will take effect on July 24, forbidding workers to be screened for cannabis before they are hired. The ban on pre employment testing took effect in May 2020, but had fewer stipulations than the latest version of the bill. The law was passed with several exceptions, including police officers, those working with children, air crafts, or heavy machinery and those who drive or work in construction.

Do Shrooms Go Bad? How to Dry and Store Your Shrooms 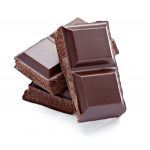 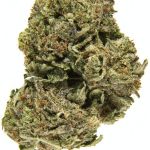