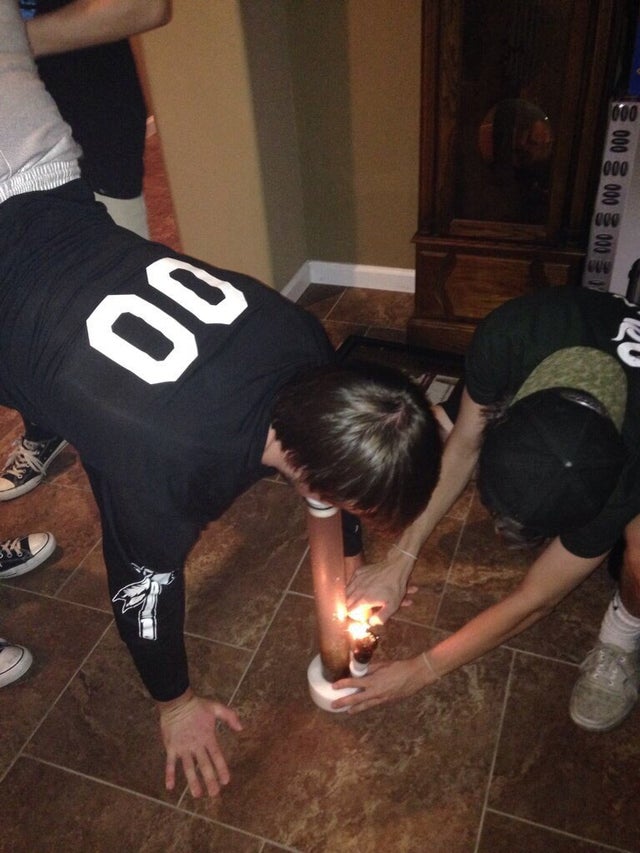 Years ago when I used to wait tables and tend bar at a bar in Chinatown, DC, that’s no longer there, I used to hang out with my coworkers after work. Grabbing a drink was an expected ritual after a long shift with crazy customers, and we’d get together at a bar that shut down later than ours. One night instead of going to the bar, I went to one of my coworker’s houses instead, since we planned to head out later. When we got there, she turned around and said, in a paranoid voice, her eyes darting around, “I have something to tell you, and you can’t tell anyone.” Unsure of what was going to come after that, I agreed. “ I smoke weed. I’m a weed head. Nobody can know.” I didn’t smoke at the time, but I was not at all scandalized. Still, she swore me to secrecy, and insisted that lots of people look down on it and that her bartending job might be in danger if anyone found out.

It’s not surprising that so many people keep their cannabis use a secret, since the hypocrisy and judgment can pop out quickly and unexpectedly from those who feel they’re better. We were about 22, and she was extremely aware of the consequences that could come from being found out. A lot has changed since then. Today, cannabis use is at a “historic high” among college aged adults, according to a new poll by the researchers at the National Institute on Drug Abuse. It has been on the rise for the last 5 years and spiked in 2020, only to continue rising in 2021. The researchers say that college students haven’t smoked this much pot since the 80s, and to that I say, well duh. Bring On The Bongs And Blunts. Keg stands are cancelled this semester.

In the five year period since 2017 where weed use has been rising amongst college aged adults, a third of states have decriminalized or even legalized cannabis for recreational use for those on or around age 21. If it’s legal, what’s the difference between alcohol and cannabis use? Personal preference? Since cannabis has medical applications, including anti-anxiety, stress relief, and pain management, it’s easy to understand why someone might choose that rather than alcohol which does have some temporary mood boosting benefits, but is ultimately a depressant. Political attitudes have also shifted over that time. Support for legalizing recreational is more popular than ever. Chances are, even your grandmother supports legalizing weed, and so does your uncle. Basically everyone under 65 supported full legalization at the time of the 2020 presidential election. If you still need more convincing to understand how widespread that support is, in contrast, only 54% of American polled  supported increasing the federal minimum wage.

In just a few generations, we’ve gone from Refer Madness style propaganda to D.A.R.E programs in every school to weed legalization as one of the biggest causes, and one of the biggest industries out there. If you’re a college aged adult, and dealing with the academic and social pressures that come with college, some of which may have taken place in social isolation with pandemic shut down mandates, relieving some of those stressors with cannabis isn’t exactly an outlandish idea or such an unbelievable choice, as this study seems to want it to be. Also if you’re a non-college adult from 18 to 22, and trying to figure out life in the “real world”, the same logic applies. Figuring out paying bills, buying groceries, dating, working, and taking care of yourself are stressful as hell. So when I hear that today, nearly half (44%) of people in this age group are cannabis users, it sounds right in line with what I’d expect. Years have passed since I was sworn to secrecy in my coworker’s house. I never did tell anyone her secret, but I think about her sometimes and wonder if she ever came out of the weed closet. I hope she did.