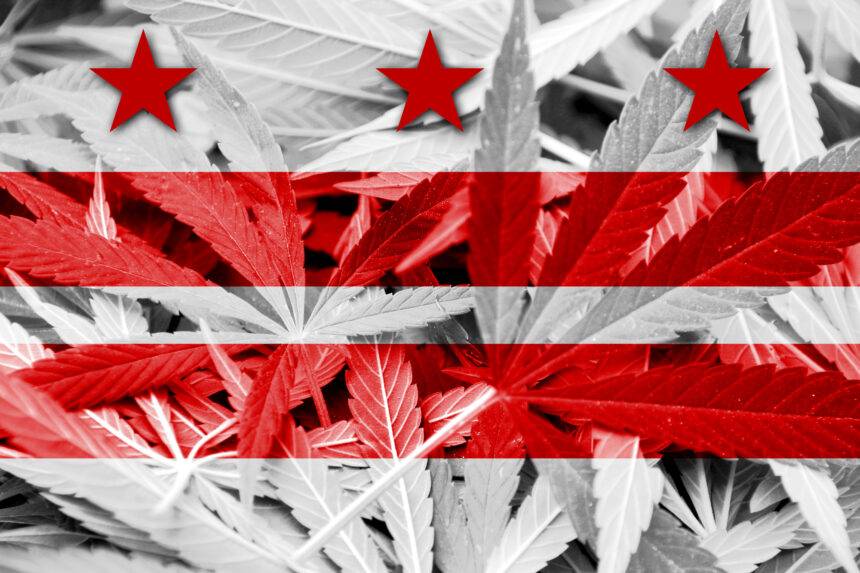 Admit it. You’re curious about what there is to do in D.C. these days. This is a safe space, so it’s okay to admit it. Spending most of the year various stages of distance and isolation with no end in sight gets kinda tiresome, even if it’s necessary. And with reports indicating a third wave and countries around the world hunkering down for another round of lockdowns, you’re probably looking for something social to do before that happens. I know I was.

I’m a straight laced guy, but when a good friend texted that he would be road tripping to D.C. and wanted to hang out, I took it as an opportunity to find out for myself what was going on in the city that definitely sleeps (because we have work in the morning). I considered it my reward for seeing my Amazon Fresh and weed delivery guys so often this year I considered adding them to Christmas card list. Don’t tell my mom, but I spent the week cataloguing a list of Covid-friendly activities to keep you social, socially distanced, and sane as the winter approaches. Late D.C. nights have gone the way of the 2am weekend Metro ride- as in, it doesn’t exist anymore, although they swear its coming back- but there’s still a lot to do. Mask up, wash your hands, and read on to find out what there is to do in the District in the time of corona.

Obviously, the very first thing we did was order weed for delivery. My friend lives in a state where even CBD can be a problem so witnessing the discreet, responsive, good quality service my folks from Select provided was mind-blowing to him. Select has really been my go-to during the pandemic and I don’t see that changing anytime soon. We ordered some gummies, Snickers, and some flower- Strawberry Fields for me and Sour Diesel for him. We got high as fuck that first day and succumbed to unexpected couch lock and ravenous hunger, which we cured by ordering beef tibs and injera from Chercher on 9th Street. Otherworldly good.

I know, this piece is about what’s safe to do, but I have a bit of a hot take when it comes to the pop-up shops that seem to be everywhere lately. It’s the one thing I tried to do that was a complete mess, both times I tried in the last week. And maybe it was my fault, since I found it on IG and didn’t do a ton of research. I’ll own that, But the fact remains that I went to two pop-ups, and both left a lot to be desired. The social media promised a cool crowd, wide selection and a gathering of like minds. The reality was, not that. Each time the venue was small, sparsely attended and had basically no product. One had a sad duo trying to sell “power” workout shakes, and when I said no, they tried to recruit me to sell it too. Since I was high, I might have laughed uncontrollably in his face until my Uber came. But I cannot confirm or deny that happened. Just trust me, unless you’ve done a ton of research, it’s probably not worth going.

Days at the Museum

Would you believe me if I told you I missed the throngs of middle school aged tourists this year? As much as we complain about having to yell “Stand on your right, walk on the left” to khaki shorts clad crowds, I sort of missed not having to do that this year. Okay, maybe I didn’t miss it, but it definitely made being a tourist in my own city easier to do. DC monuments and museums are largely reopened and mostly crowd-free.

The bad news is that the DC museum scene has become reminiscent of a just-opened they aren’t crazy hard to get with a little planning. All of the culture, none of the crowds- a win/win. We scored tickets in advance for the International Spy Museum and the Udvar-Hazy Center at the Smithsonian Air and Space, and the National Museum of African American History and Culture. Be warned, many museums close before the end of the business day, but you won’t be out late the night before anyway so there shouldn’t be any reason to skip out on an early morning outing.

It’s probably a hangover from when I was a kid but I’m probably the only one who loves donning an ugly Christmas sweater, drinking some “pot” chocolate and catching a light show. I get made fun of for this every year, but my friend was a surprisingly good sport when I suggested that we squeeze in a couple of holiday themed things. It was too early to do the really Christmassy things like The Lodge at the Yards, because it doesn’t start until November 20th or trek out to Alexandria to have dinner in an honest-to-God igloo at King & Rye since that starts in early December, but we made due by checking out the Crystalline exhibit at ARTECHOUSE, a mesmerizing display of the color blue, and definitely worth the trip. And take it from me, light shows are fucking incredible if you just had some pot chocolate.

Rise above it all in on the Rooftops

Thankfully, the Nation’s capital never met a rooftop it didn’t like, and D.C. might just have the best year-round rooftop scene on the East Coast, if not the entire country. Seasonal decor centered around fire pits, heaters, and blankets are popping up everywhere to keep the summer party staple going year-round. The German-style beer garden Wunder Garten had me debating whether Octoberfest was actually a good idea for next year, while the signature tacos and drinks at the pictures que El Techo reminded me of that trip to Colombia I passed on last summer. Just don’t tell my mom I ripped a bong hit before killing the munchies with “s’mores service” at the Wild Days at the Eaton Hotel.

If you prefer not to dine al fresco, then reservations are highly, highly recommended. Covid restrictions are tightening capacity back to 25% so planning ahead is critical. Some DC standbys and newcomers are on this list- Gypsy Kitchen, Le Diplomate, Ben’s Next Door, and Chi-Cha are all open to indoor diners, but this is very iffy. You can try your luck with a walk-up but be prepared with backups in case there’s not enough seating at the door.

What I found out this week is that D.C. is still the bustling, vibrant town it was before the pandemic hit. We’ve suffered some tough losses in some of the city’s most energetic areas (RIP Marvin, U Street Music Hall, and the Brixton) but there’s still plenty keeping the city alive. Want to walk on H Street, or the Wharf? Go for it. Soak up the city, while respecting the health of everyone else. If D.C has learned anything by changing administrations once or twice every decade, its’ resilience. I don’t know what the future holds, but I know D.C. will evolve with it.