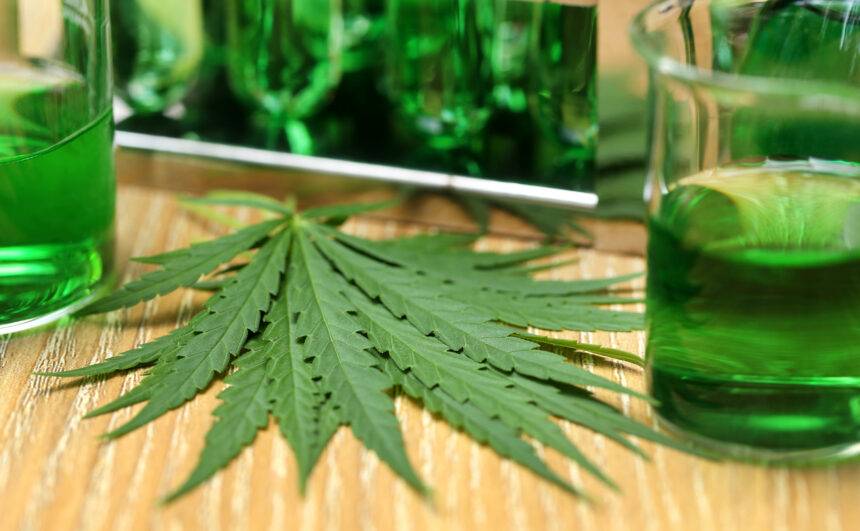 If you don’t watch the trippy show Atlanta, you’re missing out. It’s the perfect mix of both the hyper realistic and surreal aspects of trying to make it in hip-hop, or in life in general. Cannabis makes frequent appearances on the show. One of my favorite scenes features Zazie Beetz, who plays Van, a school teacher, trying to beat a drug test. Her character is the ex- girlfriend of the protagonist Earn (played by Donald Glover), who just spent a contentious night out with a frenemy, getting high as fuck on a school night and trading barbs. The morning after, her character’s alarm rings with the reminder “drug test today”, sending her on the hunt for clean urine. She calls the friend from the night before, who promises to ask one of her boyfriend’s for advice (she doesn’t). She ultimately decides to use one of her daughter’s soiled diapers, and through an elaborate process, she extracts the urine from the diapers and tapes a condom to her leg to her leg. As you can imagine, it doesn’t go well, and she eventually finds herself out of a job. However the kicker is, it was all for nothing, because the drug tests are fake. They’re ordered, but not tested. It’s just a ruse to keep people on their toes.

Drug testing is an unfortunate reality of consuming THC, and conversations typically circle around getting out of them, or outwitting them. Testing policies are inconsistent and can vary wildly. You never know whether a new job will make you pee in a cup. For my last job, I not only had to pee in a cup, I also had to do it quickly. I ended up taking my test just three days after my latest edible. Not willing to walk away from a new position in the pandemic economy, and not wanting to draw too much attention to myself by trying to get clean pee, I just took the test and prayed. If it came back with any traces of THC, I never heard about it, and I was free to start my new gig.

That scene still fucks me up because I wonder just how common is this fake test mantra. Are we all being cat fished by drug testing? Just wondering because I’ve run into more than a couple of teachers that are also weed heads. Like the principal told Van, it’s hard as fuck to be a teacher. Everyone smokes just to survive. Yes, teachers work long hours at a job that doesn’t pay enough and, as of 2020 became hazardous to their health, so God bless them. However, it does make me wonder: once upon a time when I thought I was going to teach, I had to take a drug test to get on staff at a local charter school. Was that fake? God knows a little weed makes the job easier, and if I were teaching in today’s climate I’d have a brownie after class and dare anyone to stop me. Since I don’t have the time or desire to test this hypothesis out, I’ll just be left to wonder.

The sad fact is, that the landscape is still a legal minefield with workplace drug testing in the patchwork era of decriminalization. It’s fucked up to think that in some states where you can legally consume recreational weed, you can still possibly be deprived of access to a livelihood. Even in states that have allegedly done away with drug testing like New York, if you work in certain industries, you’re all but guaranteed to be drug tested, and there are consequences. I think that as the legal weed industry grows, weed will go the way of alcohol. You won’t be tested for it, but employers won’t take kindly to you toking on the job. Like it or not, employers have the right not to accommodate. However, at the very least, at least this will put an end to the possibility of being cat fished by a pee test.