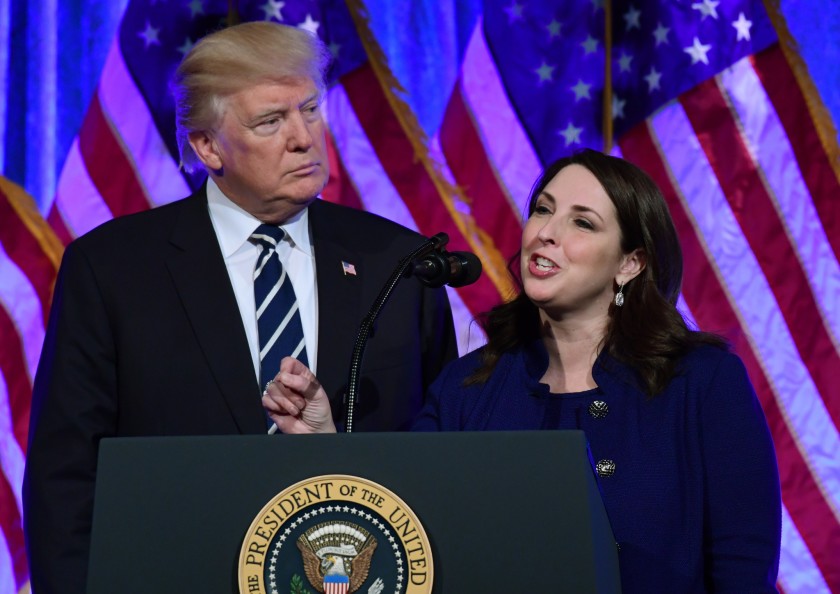 Today’s Republican party is clear on where it stands on several things. The party knows how it views immigration (bad), systemic racism (non-existent), and walls (good), but one issue is is doesn’t have a handle on is cannabis legislation. Those speaking at the Republican National Convention (RNC) exemplified the party’s paradoxical positioning on cannabis. Throughout the week, speakers alternately supported inaction or induced fear when questioned on their stance on legalization by members of their own party.

In speeches throughout the week, speakers laid out a scenario wherein the conservative-leaning party would allow cannabis to remain state issue, with unchanged levels of imbalanced prosecution for poor people of color. In this scenario, the benefits seemed clear: America will remain “safe” from drugs and from “socialists” knocking down doors to force abortions on women who don’t want them. This is despite the fact that 55% of conservative leaning people support full marijuana legalization, which caused an issue when party officials tried to address members of their own party who raised the issue. The confusion is coming from inside the house.

RNC Chair Ronna McDaniel was asked by a permanently injured Republican party delegate for the state of Virginia, whether there was a place in the GOP who support medical marijuana. Her response to the delegate was, in short, to eff off. “I don’t address policy issues like medical marijuana, that’s left up to the states and there’s going to be variances between states…” McDaniel stated. “We’re actually a body that helps elect Republicans and turn out the vote”.

The dis-function was clearest in the speech given by Natalie Harp, a cancer survivor who backs “Right to Try” legislation. She claimed, that democratic support of universal healthcare is actually about “A right to marijuana, opioids, and the right to die with dignity.” It’s unclear why Harp considers that a bad thing, since she is a known supporter of “Right to Try”, a law that passed in 2018, which allows seriously and terminally ill patients to have access to drugs that have not yet received Food and Drug Administration approval. Her entire speech referenced a period where she used non-approved drugs like cannabis, to treat her illness.

Right to try allows gravely ill patients, which include those who have been diagnosed with life threatening illness to use unapproved or federally illegal medications like cannabis to treat their life threatening issues. Eligible medications include those for which a Phase 1 clinical trial has been completed, those which are not approved for use by the FDA, and those that are under investigation by the FDA. This means patients who have been diagnosed with a life- threatening disease or condition can treat their illness with marijuana, MDMA, or psilocybin. Provided they have tried all treatment options and are unable to participate in clinical trials to access certain unapproved treatments. Marijuana is currently in Phase 2, having been studied as treatment for PTSD treatment for military veterans. MDMA and psilocybin. The active ingredient in psychedelic mushrooms, are both in Phase 3. As a supporter of “Right to Try”, Harp supports the right to those very things. She may feel that the terminally ill designation is a differentiation, but how is unclear. Legalizing cannabis would completely eliminate the need for people to put themselves at legal risk for treatment, which is a good thing.

Currently, support for marijuana legalization is at an all-time high across all age groups, demographics, and political parties in the United States. Oregon may become the first state in the union to completely legalize all drugs, including LSD, Heroin, and MDMA, an effort that was started under the current White House administration. It’s unclear how the Republican party will be able to ignore the demand to repeal existing marijuana laws, but it’s clear that they will have to answer for it soon.

Decriminalize It, Legalize It, Everything.