For quite some time now, there have been complaints concerning the potency of cannabis products. Most of the time, the concerns have been centered around products that are too potent, resulting in undesired effects. However, things are getting heated after two upset customers decided to sue a California-based cannabis company on the grounds of having sold pre-rolled joints that were not as potent as they claimed.

The Claim Against DreamFields Brands, Inc.

According to CNN, the two individuals filed the lawsuit on Oct. 20 against the cannabis company known as DreamFields Brands, Inc. The lawsuit was filed on the basis that the company had “allegedly falsely” claimed that their products had a higher THC component than they actually did. The two individuals, Jasper Centeno of Long Beach and Blake Wilson of Fresno, have accused DreamFields of being unfair competition and partaking in false advertising, as well as accusing them of negligent representation.

The lawsuit claims, “Because cannabis consumers generally prefer and are willing to pay more for high-THC cannabis products, declaring that their products have a very high THC content allows Defendants [like DreamFields Brands, Inc.] to charge premium rates for their cannabis products.” However, the products purchased by the pair of individuals were independently tested and revealed that they contained lower THC content than they claimed, yet they were charging consumers premium product prices.

As you would know, the cannabis industry has many different regulations depending on which state the company and consumer are based in. For the state of California, cannabis companies are compelled to label their products with THC content, either as a percentage or in milligrams. Additionally, the quantity of THC expressed on the label needs to be within 10% of the actual THC content of the product itself.

Wilson and Centeno claim that DreamFields is “systematically overstating the THC content to deceive consumers into thinking that the effects of their prerolls are more potent than they truly are.” Christin Cho, one of the lawyers representing Centeno and Wilson, explains that the lawsuit is being brought on in order to “protect California consumers, to protect cannabis consumers from being overcharged.”

The pre-roll in question is being sold under the brand Jeeter, a subsidiary of DreamFields. In a statement to CNN, Jeeter denies the allegation and describes their lawsuit as “baseless and ridiculous”:

“The allegations regarding our THC levels are false. We take pride in our compliance and commitment to state-mandated testing procedures, including independent, third-party testing. The product and our integrity [are] something we truly value as a company, and take all the proper and legal steps before our product hits the shelves.”

Regardless, the company stated that it will take it “very seriously” and that the leaders “look forward to the truth coming to light.” Jeeter’s website boasts about its strongest joints containing at least 30% THC. However, the independent testing done by the pair suing DreamFields found that a pre-rolled joint claiming to have 46% THC only had around 23-27% THC—which exceeds the 10% allowance in difference between the label and the amount the product contains.

The law firm representing Centeno and Wilson, Dovel & Luner, explains that the lawsuit was filed in the Superior Court of the State of California County of Los Angeles. They explain that DreamFields has violated consumer protection laws of California by violating California’s Unfair Competition Law and False Advertising Law, “among other violations.”

While we do not know the specifics, Dovel & Luner explain that Jeeter products have been “substantially overstating the amount of actual THC in the product, sometimes by 70-100%.” They go on to express their concern for consumers by stating that “consumers reasonably believe that they are receiving a product that has the THC content that is listed on the label.”

While the Baby Jeeter Churros Diamond Infused 5-pack may be dismissed on account of the 10% variation regulation, the Baby Jeeter Fire OG Diamond Infused 5-pack preroll is clearly ripping off consumers. While Jeeter claims to be proud of its compliance and commitment to the mandated testing procedures, and although they assure that the products have been third-party tested, there have been concerns about cannabis lab-testing on account of THC content being inflated by third-party testers to help their clients sell their products.

Perhaps the biggest concern isn’t even that certain products do not contain as much THC as they claim to have, but rather that the sources that are supposed to reassure consumers may be unreliable. In other words, how are we supposed to trust third-party testing when some of these operations may be corrupt? 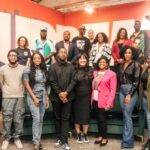 New Yorkers may soon be buying weed from union budtenders. Here’s why
Next Article 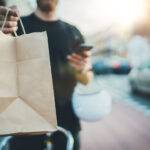