What is Initiative 71 you may ask? It is Washington DC’s loophole for legal cannabis within the city limits. As the New Republic reports, in 2013 less than a year after D.C. voters overwhelmingly approved a ballot initiative to legalize pot in 2014, Maryland Representative Andy Harris, a Republican, introduced a budget rider to the 2015 spending bill that prevented D.C. from creating any regulation related to cannabis. The GOP has included that clause—known eponymously as the Harris Rider—in every federal budget since.

Contents
The Harris RiderOver the Border

So for the last seven years there is the grey space; the quasi-legal but definitely not illegal market. You can possess cannabis, grow it and “gift” small quantities (no more than two ounces). However, it is illegal to consume or sell cannabis in Washington DC. If you’ve been to Washington DC in the past 7 years, you probably noticed people consume Cannabis in public all of the time. It can still be used as a means to detain or question people though.

The prohibition of DC controlled recreational cannabis sales has been long associated with Republicans. As the New Republic reports- when the Democrat-controlled congress passed the new federal budget avoiding the shutdown, the Harris rider remained. The Harris Rider “strikes at the heart of what we’ve been trying to get ever since there’s been a District of Columbia,” says D.C. Delegate Eleanor Holmes Norton. Whom is a non voting member of Congress, who’s championed statehood during her 30 years in the House—“the equal treatment” of the city.

The New Republic goes on to state (DC lawmakers). They “are nevertheless frustrated by what the Harris Rider means in practice for the city. In DC, a robust market of cannabis gifting and delivery services has developed. This is due to the wake of residents’ 2014 vote to legalize weed—a market that the Harris Rider makes it illegal to regulate in any way (from banking to quality control and public safety). And that says nothing of the fact that residents can hop over the D.C. border to Maryland. Which is home of Andy Harris and Republican Governor Larry Hogan. This is where lawmakers are in the middle of passing a framework to create a recreational weed market”.

DC lawmakers and residents I feel for you.  Honestly, only a little bit. I know you would benefit from DC controlled cannabis sales from revenue to taxes. However, like the above states, I am one of those people under Hogan that can hop over the border and back without breaking any laws.

I have been using Select Co-op for longer than I can remember. I am a weekly subscriber to their premiere/dibs list. Each week I schedule an appointment to meet my delivery dispensary driver to pick up my “gift” as a subscriber. The process is quick (as they are always on time), discrete, and in accordance with Initiative 71. For more information about getting weed in DC, click here. 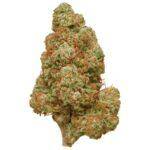