Conservative viewpoints seem to be a hot topic these days. The last four years we have been portrayed as callous, undereducated and close minded, anti-gun control and purposely ignorant of the misfortunes of others. I’d be lying if I said that wasn’t true for at least some people, but at the risk of sounding cliché, it isn’t true for me. I identify as a conservative, and most of the people I am close to do, too. Some of them are conservative democrats, some are Bush republicans, others are libertarians who want to completely dismantle the federal government, and still others support Trump. On the conservative side of the aisle, cannabis is still thought of as the Devil’s Lettuce, at least in terms of party rhetoric. We don’t even address it on the official Republican party platform, but there are a lot of us who don’t feel that way. I’m a millennial, and at last check, a majority of us, 55 percent to be exact, support legalizing marijuana. Below are my reasons for supporting legalization of weed, and why I think other conservative leaning folks should do the same.

We believe in Limited Government

Personal freedom is key to conservative ideology. Whether you’re a republican, libertarian, independent or conservative democrat, the issue of personal liberty should always resonate. It makes for an appealing reason to support cannabis reform. Why should we support a system that treats people as if they are incapable of making their own decisions? There is nothing more repressive than a government telling you what you can and can’t put into your body, and which medicines are allowed for you to take. The current paradox of the government is that it does just that and has too big a hand in our individual choice to use cannabis, either as virtue (medical) or vice (recreational). These decisions should be left to the people.

We believe in individual responsibility

On that note, shouldn’t people be responsible for things that happen to them? If someone truly believes a natural plant which has no cases on record of causing death is the ultimate evil, then they should have the right not to use it. If someone believes that same plant will help him manage pain from years of backbreaking work or cancer, he should have the right to use it. At the end of the day, I’m responsible for my own life, and that includes how I take care of my body. Why should some out of touch bureaucrat even have a say?

We believe in economic opportunity

Economic freedom is the ultimate freedom, and I don’t see how any conservative can argue against an industry that is expected to be worth $74B before the end of the decade. Recreational legalization will move at the will of the free market, and entrepreneurial opportunities will about. The legal marijuana industry stands to create billions in personal revenue, millions of new jobs, and incredible tax revenues. Why artificially restrict this industry? Why allow the government to impose this grey market state we are in now? Let the market forces guide the new market.

We believe in fiscal responsibility

Even I, as a conservative republican, believe the War on Drugs was stupid. Wasting trillions of taxpayer dollars on extra patrols, targeting low level offenders just for possessing weed, and keeping people in prison way too long is a drain on society’s resources. It makes no sense to keep people locked up when they could just as easily be released is a poor use of public funds. I’d rather see those people trained for jobs and given the tools to operate in society. Hell, some of them could start cannabis businesses, since they know the industry so well. Also see, there are more jobs. Cities and states stand to earn billions of dollars as the industry grows, with the possibility of growing the economy and driving economic growth to some of the nation’s more depressed state economies.

If you’re a conservative and you don’t support legalizing marijuana, ask yourself why you don’t. Don’t you value personal freedom? Responsibility? Liberty? Free Market Capitalism? If so, you should also be supporting cannabis legalization, and thankfully, it’s not too late. 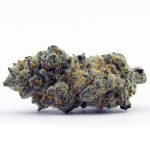