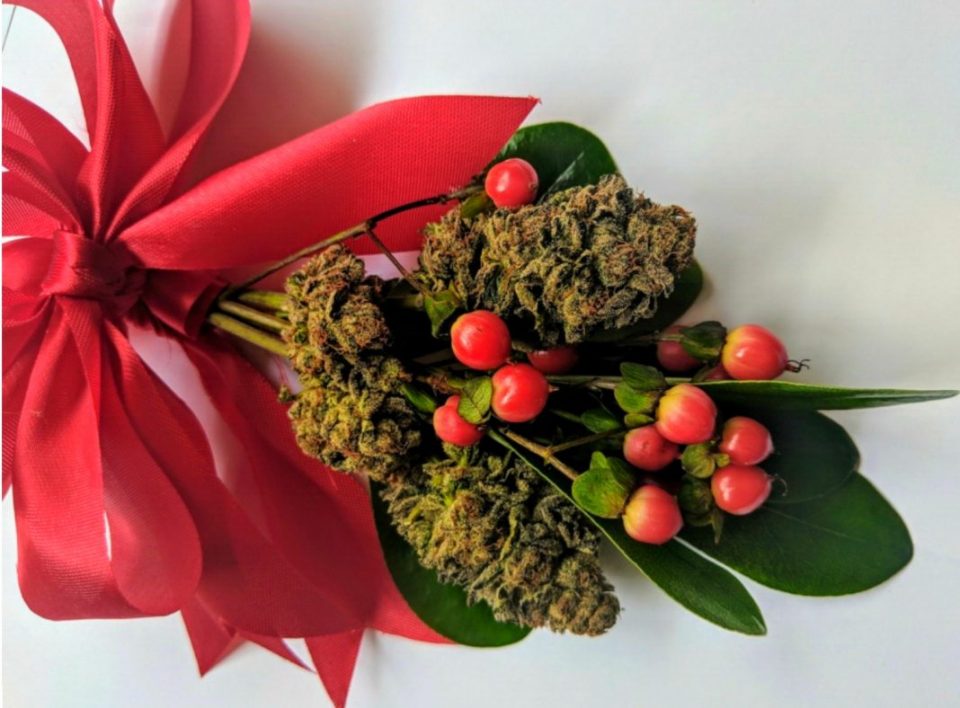 Christmas is my favorite times of the year. For some it’s stressful, but I take it all in stride. Outmaneuvering the middle-aged lady in the toy aisle? No problem. Sending out my cards the day before Christmas Eve, because it still “counts?” Pretty much inevitable. On a good year, I even decorate my house on November 1st , so I can take full advantage of the holiday season, Christmas creep be damned. So, it should come as no surprise that I absolutely love Christmas movies. The Hallmark channel runs a series of holiday themed movies all throughout December called Countdown to Christmas, which we affectionately refer to in my house as “C2C”. It’s all brain candy: something that will allow me to relax and enjoy the sights and sounds of the season. Pot only makes this annual tradition better, so every year I make some edible hot chocolate and take in some of my favorite holiday films. Below are my never fail recommendations for holiday classics to enjoy while high.

The Netflix film was a new entry on my list this year, but I absolutely could not resist. It has all of the stuff Christmas musical dreams are made of. Beautiful costumes, songs, and holiday magic abound in this story about a toy maker whose creations and career are stolen from him by his incompetent apprentice. It’s old fashioned, but modern fantasy and the characters are completely charming. Also the music is good! I’m ashamed to say I tried a lot of the dance moves, but only my sister saw me, so the world never has to know. If you’re not a musical person, the over the top costuming and music might not be your jam, but the story about depression, estrangement, disappointment, and redemption is still worth checking out.

Recommended Strain: Try Rockstar. It has a skunky, pungent taste but magnifies happy feelings and enhances the sounds of music.

This one is non-negotiable. This 2000s Will Ferrell vehicle is widely lauded as one of the funniest Christmas movies of all time and for good reason. He plays Buddy, a human raised by elves in the North Pole, until he finds out the identity of his real father. A middle-aged man in an elf costume screaming for Santa and jingling all the way is the gift that keeps on giving every holiday season, and the sets are lavishly beautiful, which will be highly appreciated under the influence of a mood boosting high.

Recommended Strain: Fire up some Durban Poison and get ready because if you didn’t already think you’d die laughing the last time you watched Elf, you definitely will with this.

So many of us grew up watching Home Alone and to this day, I never skip it or its sequel during the holiday season. The McCallister’s are a huge family that live in a huge home and want to take their entire family to Paris for the holiday. Their holiday is off to a great start, until they ?realize they’ve left Kevin, the youngest in the family, home by accident. Oh, and the house is being robbed by career criminals.

Recommended Strain: Watching a 9-year-old have to defend his family house always puts me on edge, so I do Chocolate Mint OG when I watch this now.

Ok this is not a movie, but I got into the tv show Bob’s Burgers a while back and I absolutely love the Christmas specials. They’re always a little bit weird and emotional, which is apt for the most wonderful time of the year. They’re unapologetically odd, from season 3’s “Bob Rest ye Gentle-Mannequins” which sees the family taking in a man named Chet who believes he’s a mannequin, to “Christmas in the Car”, wherein the Belcher family has to buy not one, but three Christmas trees, each one offers a new perspective on the holiday.

Recommended Strain: Laughing Buddha, which is perfect if you’re in the mood to laugh or even if you aren’t. This strain works to give you the best viewing experience possible.