Maryland lawmakers are preparing to consider marijuana legalization in the upcoming legislative session according to the Marijuana Moment. Currently, Maryland allows medical marijuana dispensaries. Additionally, possession of marijuana is not a criminal charge in Maryland, but it is not “legal”.

The ball is rolling, Delegate Jazz Lewis… Cool first name… Prefilled this legislation earlier this week. The bill is not finalized and is still being adjusted according to the Marijuana Moment. Delegate Lewis’ office spoke to the expungement of records and the allowing of state licensed recreational dispensaries as the basis and need for this bill.

On Twitter Delegate Lewis posted “It is time that Maryland has a reasonable and responsible cannabis policy, and that means legalization. The prohibition on the responsible use of cannabis has done exponentially more harm than good, and has devastated communities with a heavy-handed and unfair drug policy. Lewis’ bill is preliminarily named The Cannabis Inclusion and Restoration Act.

In a statement to Marijuana Moment, Lewis said he introduced the legislation, HB0032, “because we have the data and popular opinion on our side to end prohibition.” I wonder if the data shows how many Marylanders flock to DC to purchase recreational marijuana? I suspect the state of Maryland has been watching DC stack cannabis revenue and has been longing for its turn cash in on cannabis.

Lewis went on to say this bill would allow for the expungement of records, creating social equity businesses to include minorities and the formerly incarcerated, and dedicate resources to revitalizing disconnected communities. “The time for restoring communities and ending prohibition is now”, said Lewis is quoted by The Marijuana Moment.

Additionally, adults would be allowed to grow cannabis at home for personal use. Adults may grow six marijuana plants as long as they are not in public view. Adults may also share and “gift” other adults “small” portions. Let’s see how this bill is rolled out in 2021. 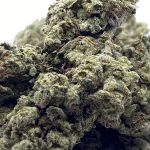