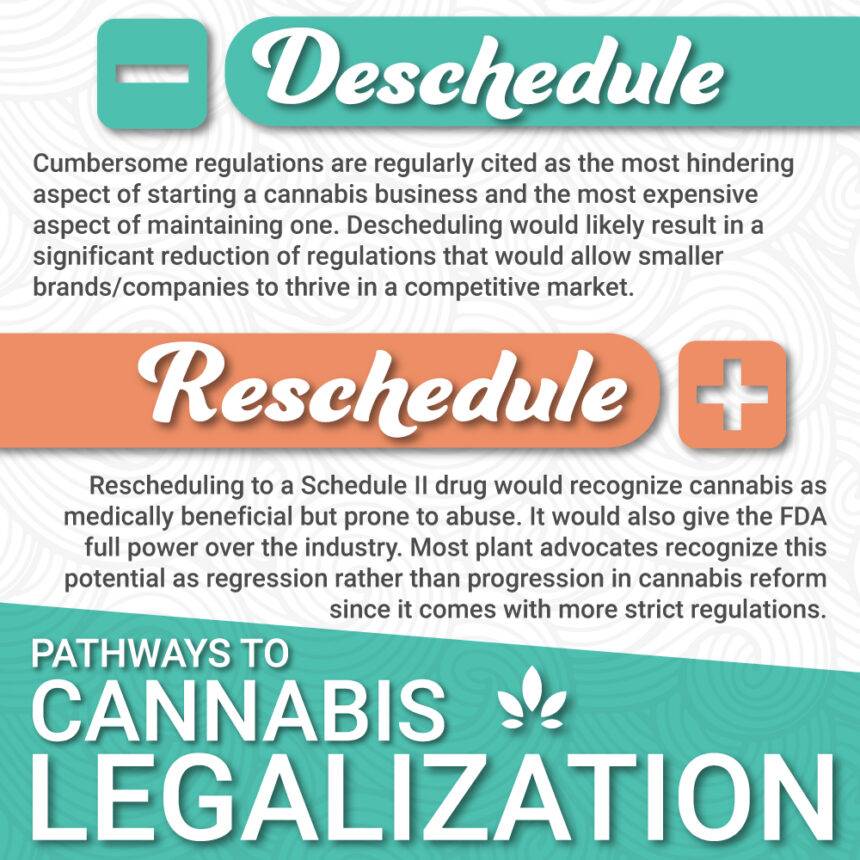 
This fall, when President Biden announced his plan to reform U.S. cannabis policy federally, it included a call to review how cannabis is scheduled under the Controlled Substances Act (CSA). The CSA, which is regulated by the Drug Enforcement Administration (DEA), places all regulated substances into one of five schedules. The scheduling placement is based on the following:

Contents
Is the Fight to Reschedule Cannabis Worth It?Apply For Your Medical Marijuana Card TodayWhat Drugs Have Been Rescheduled?

Cannabis is difficult to place in one category of drugs because it has a wide range of effects, including the ability to depress, excite, and temporarily impair the central nervous system. Its medical value also has the risk of abuse. When seeking to find a drug or product’s medical value, a drug must have large-scale clinical trials to back it up—similar to what the Food and Drug Administration (FDA) would expect from any other drug entering the market. In the CSA, it is not clearly defined which federal agencies are responsible for classifying drugs.

Is the Fight to Reschedule Cannabis Worth It?

The laws and regulations surrounding cannabis are confusing. If it is federally illegal, how do states have the right to allow it? Would moving marijuana from the Schedule I category to a different bracket make it more likely to become legal in the United States? If the federal government is going to continue to allow states to make individual decisions about marijuana, regardless if it is categorized as Schedule I, is the fight to have it reclassified worth it?

Essentially, the schedule class given by the CSA does not interfere with the authority to keep marijuana enterprises open. Schedule I substances cannot be purchased legally in the United States. Schedule II drugs, such as morphine and fentanyl, are still considered to be dangerous drugs but are allowed to be prescribed for medical conditions.


If cannabis is moved to Schedule II, the concern is that the administrative change will make marijuana pharmaceuticals legal. This would require all products to be removed from the market until FDA approval is granted. FDA approval and clinical drug testing is not a small bump in the road—the approval often takes years and extremely large amounts of money.

What Drugs Have Been Rescheduled?

Several drugs have been rescheduled or reclassified. This is most commonly seen with medications that were once required to be given with a prescription but reclassified to over-the-counter. In 2014, the DEA reclassified the drug hydrocodone, moving it from Schedule III to Schedule II. But on the whole, reclassifying or unscheduling a substance is rather rare, and this has led to many controversies surrounding the CSA.

Research on the effect of reclassifying drugs shows that when a drug is reclassified to a more restrictive schedule, the use of the drug goes down. That is expected. The more barriers to the drug, the fewer users there will be. While this may seem like the intended outcome, it was also projected that negative outcomes can arise if the drug has too many barriers for patients to access. This is because patients in need of the substance who are unable to afford to see a prescribing doctor or have insurance to pay for prescription medication will be unable to obtain it.

Federal cannabis reform is tricky business. Though there seem to be more questions than answers at this point, the last decade has demonstrated how rapidly this industry can evolve. Most Americans agree that cannabis policy needs to change, but the path to reform is far from straightforward.

This article was originally written by Natasha Winkler and published on 2/17/20. Updated on 12/7/22. 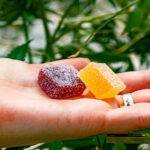