In the past two weeks the national conversation around Black Lives Matter has been louder than ever. Maybe you marched. Maybe you’ve had some tough conversations. Maybe you’ve posted on social media, or donated to a bail fund. However, have you found a black cannabis business to support? If not, why not? Because despite efforts to legalize, decriminalize, and de- stigmatize, racial disparities persist in the world of weed. Just ask the non-violent offenders serving life sentences for minimal amounts of weed.

The truth is that weed is still used as a weapon against black people in America, and the disparities clearly persist. The American Civil Liberties Union (ACLU) recently released a 2020 report, The War on Marijuana in Black and White, a follow up to the study that was first published in 2013. Not much has changed since the first report. In fact, things have gotten worse.

Over the same time period, the white arrest rate has remained relatively flat.

With those kinds of systemic barriers in place it’s not hard to understand why African Americans have largely been left out of the legal cannabis scene. Only recently have states begun to create pathways for former offenders to get in on the “Green Rush”. If you smoke weed, it’s is imperative to support black lives who are trying to secure a legal piece of the pie. We found ten black cannabis businesses too that you can support right now.

Cannabis and delicious food are a match made in heaven, and 99th Floor might as well be the gatekeeper. The brainchild of chef Miguel Trinidad and Doug Cohen, their private, invite-only dinners have been elevating the dining scene in New York, Denver, and San Francisco and LA for years, and their cannabis infused products are available in dispensaries all over the country.

Started by former TV executive and Michigan State University Alumni Whitney Beatty, Apothecary features luxury stash cases and beautiful accessories for the modern smoker. Beatty, who grew up in the “Just Say No” era, grew into her love of cannabis. She now believes the image of herb has grown up, and cannabis connoisseurs need better solutions than shoe boxes and airtight Ziploc bags to secure buds away from kids and pets. Her gorgeous accessory cases are just the thing for the stoner with style.

Founded by a family of board certified physicians, the AC Clinics operate in 19 states and specialize in endocannabinology- the study of the endocannabinoid system. They’ve counseled thousands of patients on using cannabis therapies to treat illness and chronic disease. The clinics offer consultations, medical marijuana cards, telephone health services, and alternative medical treatment.

Georgia has some of the strictest cannabis laws around, even though “low THC oil” aka CBD oil, is technically legal with a medical card for certain diseases. This makes it one of the toughest states to operate a cannabusiness. Although, Jacquece Jennings recently became the first black woman to own a CBD shop in the southern state, Nuleaf #1, which specializes in premium organic and vegan CBD products, which she fell in love with during her own healing experience. Jennings plans to open more stores and eventually hopes to incorporate THC products.

The goal of the Panty Dropper Oil is exactly what you would expect. It’s a CBD serum designed to enhance the female sexual experience. The oil is blended with herbs that support blood flow, circulation, and sensitivity too…well, anywhere you want. Sign us up!

Chef Paul Booker, a former D1 collegiate athlete, found his passion for cannabis after retiring from sports, when he was looking for relief from playing injuries throughout his college career. A hot sauce aficionado, created Satan’s Breath CBD Hot Sauce, out of Charlotte, NC. The three- flavor line uses Carolina Reaper peppers, the hottest in the world, infused with full spectrum CBD, to bring heat and the relaxation.

Founded by husband and wife team Scott Durrah & Wanda James, what started as a “Creative Cooking With Cannabis” class in 2009 grew into the first (and largest) black owned Cannabis dispensary in Colorado, Simply Pure. Today, the couple manufactures product and owns two cannabis cultivation facilities, and advocate for cannabis education and legalization.

While Supernova Women doesn’t sell retail cannabis products, it specializes in something just as important: educating people of color on starting a cannabis business. Founded in 2015 “for and by women of color”, this community offers three courses: The Shades of Green Series, Cannabis Business Workshops, and Ex-Offender Advocacy and Education. The organization specializes in economic empowerment for those shut out of the business.

Minelli Eustacio-Costa is bringing a whole new meaning to inhale with her “cannabis infused” yoga classes offered online and offline. The instructor has been teaching since 2015, and offers a slow, intentional practice designed to “combine yoga asana with the slowing, contemplative, and pain reliving properties of cannabis to create a truly holistic practice”.

Founded by retired NBA star Al Harrington, Viola is a leader in the cannabis space, and dedicated to increasing legal minority ownership by creating a coalition of investors who own and operate Viola. In addition to producing high quality products that are widely available in almost every single legal adult use market. The company’s core mission is to empower other black cannabis owners, and it leverages community partnerships to partner with, funds, and guide license applicants through the application process. 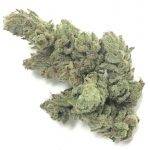 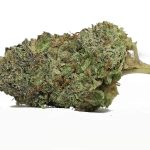