Anybody ever seen the movie Grass. It’s a good documentary narrated by Woody Harrelson. It is a survey about the negative propaganda each decade was pumped with from 1900 to 2000. My anti-marijuana government campaign exposure was the mid to late 80s to early 90s from elementary to high school. I remember the rhetoric about it would destroy your lungs and stop you from playing sports.

The basis of much of the drama on cannabis traces back to a film called “Refer madness” heavily covered in the Grass documentary. In it cannabis caused raving mad laughing fits, unpredictable insane behavior, women to be wildly and uncontrollably sexually active. Seeing the film now it is amazing to see the basis of which American pop culture perceptions about cannabis have been framed. A recent study reported by the Marijuana Moment reports that “when mainstream news outlets-particularly those that lean conservative-publish stories about marijuana, they still tend to perpetuate stereotypes about cannabis with depictions of lazy stoner culture and criminal activity.”

The Marijuana Moment found that “This study starkly demonstrated the heavily politicalized nature of marijuana legalization, the (research) paper states. Conservative news outlets depicted stereotypes more frequently than liberal or neutral outlets, and this pattern held true in both visuals and their accompanying headlines. Researchers also found that the legalization of marijuana did little to decrease these stereotypes.”

The aforementioned paper was published by the journal “Visual Communication”. The study’s purpose was to focus on how visual framing by media outlets impacts social perceptions. The study concluded many Americans believe cannabis users are dangerous, criminals, lazy stoners, and/or rebellious outcasts according to Marijuanamoment.

According to a study by researchers at the University of Colorado published in 2019 it was found that cannabis users said that “they endorse using marijuana one hour before, or up to four hours after, exercising. Also based on data from the questionnaire, those who did use cannabis in that timeframe worked out longer than consumers who didn’t pair the activities. Specifically, those who engaged in co-use worked out an average of 43 minutes longer for aerobic exercise and 30 minutes longer for anaerobic exercise (than non-users) as reported by marijuanamoment. What about the lazy potheads?

It may seem like a paradox considering how cannabis users are portrayed, however there are positive wellness realities associated with the use of cannabis. The marijuanamoment recently reported on a survey documenting how marijuana users have less levels of obesity and weight control issues than non-users. Folks need to get on the Sour Diesel, aka Jenny Craig weight loss strain. Understanding these archaic perceptions around cannabis exist, let’s see how national legislation is affected. 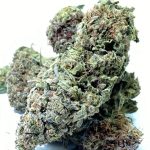