Shepard Fairey, a British artist famous for his Obama “Hope” poster, widely used during the 2008 election campaign of Barack Obama, has recently released a mural in support of hemp and CBD. In a farmer’s fields in McPherson, Kansas an unconventional art installation grows. It’s designed to raise awareness of the need for improved and equal access to hemp-derived CBD products for consumers in every U.S. state.

Shepard’s Studio Number One creative agency created the original artwork, first publicly exhibited by CBD brand Charlotte’s Web as a mural in Brooklyn in October 2019. Today, Studio Number One’s original art is exhibited from the ground up, literally, as field art on a mammoth scale of 76-acres in America’s heartland. Charlotte’s Web’s “Trust The Earth” initiative is designed to democratize access to hemp-derived products for those seeking wellness and relief.

Deanie Elsner, CEO for Charlotte’s Web said “This art is the visual and naturally living embodiment of Charlotte’s Web’s mission to unleash the healing powers of botanicals. We hope this inspires many to join us in fighting for sound federal and state regulations.”

The art which features a hand holding a massive hemp stalk, was ‘grown’ and then grown on 3,049, 200 square feet of farmland. The installation required one solo farmer mowing for one week using a GPS to guide the process. The final field art was so large it required a local farmer’s plane to achieve enough height to photograph the entire art installation.

“Whether it’s a mural in Brooklyn, a poster in your home, or a field in Kansas, Studio Number One understands the power of art to compel change. We worked with Charlotte’s Web to call on citizens to Trust the Earth,” said Shepard Fairey.

Due to the lack of federal regulations, there are still some states where hemp-derived CBD products are not sold in retail stores. Charlotte’s Web is working hard to change that fact. The ‘Trust The Earth’ campaign is focused on sparking conversations that provide a way for citizens to add their voices to the fight. 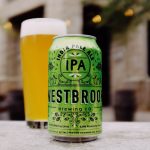 Beer And Cannabis Are Two Peas In A Pod
Next Article 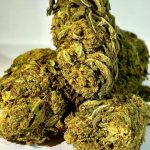