According to Marijuana Moment, Schumer spoke on a video chat hosted by Green Enterprise. On this chat Schumer discussed “his” cannabis reform bill that would federally de-schedule the plant and reinvest tax revenues and expunge records. Wow! This sounds awesome.

I do not know if Schumer called it his bill or Marijuana Moment labeled it as such. However, that is the MORE Act being discussed. The Marijuana Opportunity Reinvestment and Expungement Act was first proposed by New York Democrat Jerry Nadler in 2019. Interesting that a Google search will indicate this bill was introduced by Kamala Harris. It was not!
NORML, the non-profit advocacy group has been advocating for the legalization of cannabis since the 1970s. NORML also consistently publishes up-to-date information on the MORE Act. It is interesting that after Kamala Harris served as a prosecutor, somehow she is being credited with sponsoring the MORE Act just before an election. I am voting for Biden, but I can’t ignore political BS staring me in the face.

Schumer states “I am a big fighter for racial justice”… Then went on to talk about the history of injustice of cannabis laws with regards to race… I am sorry that was me falling asleep at the keyboard. Really! Just before an election Democrats are talking about racial injustice. If there was somebody else to vote for I might vote these clowns out too, but regardless of their obvious race pandering the fact remains. I don’t appreciate how Republicans have dismantled all environmental regulations, making it so companies can pollute areas where working people live. One report by Democracy Now stated that possibly 60,000 people were killed with the repeals of environmental protection Trump rolled back… Meaning if folks know that cancer and low life expectancy will be a result of certain pollutants, but that is another article.

Another article by Marijuana Moment indicates Schumer first sponsored this bill as the Marijuana Freedom and Opportunity Act. Interesting how Schumer is talking about it now. For two years he has been silent on this issue while Republicans ruled. Whether this bill was first sponsored by Schumer or Nadler matters not to me. Nor am I feeling any emotion or sentiment towards Democrats now using racial justice as a polling toll. Get out and vote folks and know folks will still be who they are after the election. 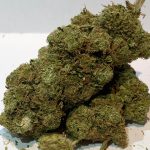 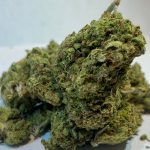