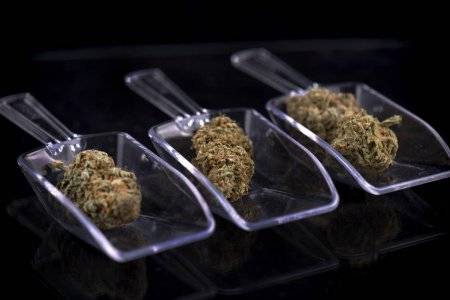 From the sensational side effects of exotic sativas to the sedative seeds of common Indicas, we now live in a time where cannabis seems to become legal in a new state each day. With these abrupt occurrences, society becomes more and more accepting to the magical plant by the minute. So with that being said it’s time to really get with the program. Here, we will be taking a deep dive into the cannabis world to see which cannabis breeds are the ones for you.

What types of cannabis species are out there?

There are 3 main families of cannabis that one must know before proceeding any further. These major families of cannabis are known as Sativas, Indicas, and Hybrids. Sativas, known for its cerebral effects including bursts of energy alongside euphoric sensations, this species of cannabis is a great way to start your day. Indicas, predominantly sought out by most due to its promotion of relaxation and pain relief, Indicas are best used for occasions like an in-house movie night with the family. And finally Hybrids, the beautiful buds which behold the balance between the best of both worlds makes the possibilities for this species almost unlimited.

Native to India, Afghanistan, Pakistan and Turkey, this species of cannabis strains are infamously known for its consistent ‘couch-locking’ effects along with its ridiculously high CBD levels. Known amongst my real stoners, Indicas are typically associated with giving off full-body effects. However, this family of flowers is not only known for its recreational purposes. The sedative family of strains are also highly utilized for pain relief, anxiety, and insomnia. Due to their middle eastern origin these plants have adapted to extremely dry climates. Alongside this, indica plants are also known to produce more buds in a shorter amount of time (in comparison to sativas) making it a good starter strain for novice growers. Unlike sativas, indicas have shorter-more dense buds.

Sativas can be commonly seen as the favorite child of the cannabis industry. As previously mentioned, the sativa species of cannabis are commonly known for providing its recipients with an energetic and euphoric feel. In addition, like Indicas, this species of cannabis also has its own share of health benefits. It has been reported upon multiple occasions that this species of cannabis has benefited patients who have suffered from depression, headaches, nausea, and appetite loss. What most may not know is that most sativas are from warmer climates and tropical areas meaning some of these plants have trouble growing in dry climates unlike Indicas. Another difference between the two are the bud sizes. Sativa buds are typically found in a longer less-dense form. Loved among most, many Sativa strains uphold a general reputation of creativity enhancement. This makes sativas great for energetic activities and many creative endeavors.

See now this is where it gets fun. Hybrids are the crossing of an Indica and Sativa strain together, ultimately creating one strain. Overtime, as technology becomes more advanced and cannabis becomes more popular, the easier it is to crossbreed various strains of your own choosing. Now before you get excited, please understand that crossbreeding is not an easy process, and please just take my word for it. It is known amongst the cannabis community that although hybrids are easily a favorite amongst the younger crowd, due to the difficult process that is crossbreeding, they’re also generally more expensive. Because of the difficulty of creating these mother seeds, some of the rare hybrid strains are referred to as ‘exotic’ or ‘zaza’.

Hopefully that needs no explanation. But after paying a pretty penny for something that lies in this family, I’m sure there is no going back.

Which strain is for me?

Honestly, just like everything else in life, exploring what’s best for you in the cannabis community can be found quickest through trial and error. What’s the saying again? You won’t know unless you try? Anyways, regardless of what you choose please understand that no strain of marijuana is pure Indica or pure sativa. But they don’t look too sad. Because without it we wouldn’t have hybrids. So don’t be afraid to try new things or even share new discoveries with others as we never know what’s around the corner.

How to make homemade egg nog (aka nug nog)

Why is Hemp Clothing So Expensive?