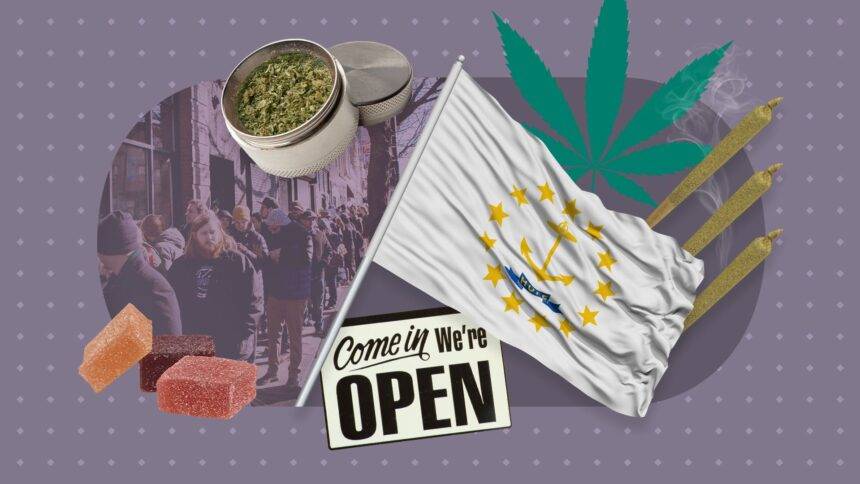 
Five facilities opened doors to all adults this morning, operating for the first time as hybrid medical and adult-use dispensaries.

On Thursday morning, Rhode Island became the nation’s 15th state to open legal adult-use cannabis stores. Excited customers braved 30° chills to experience some of New England’s most breath-taking cannabis storefronts. Dressed for the weather in down jackets, knit caps, and gloves, Rhode Island’s early birds got the bud at first-openers Mother Earth Wellness in Pawtucket and RISE in Warwick.

Contents
Five facilities opened doors to all adults this morning, operating for the first time as hybrid medical and adult-use dispensaries.Here’s what first-timers should expectIf you’re waiting in line in Rhode Island…What are Rhode Island’s new weed laws?Where can you smoke weed legally in Rhode Island?It’s illegal to smoke weed and driveHow will Rhode Island tax legal weed sales?Governor excited about opening day

Mother Earth Wellness opened ahead of schedule at 5 a.m. Thursday. The dispensary welcomed the state’s first customer Karen Ballou, a local cultivator, who told WPRI, “It’s very exciting, it’s been a long time coming… It’s been a long six, six and a half years for me to get to this point, for all of us to get to this point so it was important to be the first sale,” Ballou said.

Joe Pakuris is co-owner of Mother Earth Wellness, a vertical operation with the state’s only hydrocarbon extraction lab. Pakuris told Leafly shortly after opening there were no lines yet, but that they expect to see 1,000 to 2,000 first day customers in total, based on pre-registration and email inquiries.

“We’re very excited. We feel blessed to have the opportunity to service the Rhode Island market and feature all of the top cultivators in the state.”

RISE opened at 6 a.m. in Warwick with a ribbon cutting, live music, and treats. The company’s New Jersey location provided similar fun at the crack of dawn when stores opened there in April.

“All of the products that have been available for medical patients are now available for the adult use side as well,” said RISE CFO Anthony Georgiadis at the grand opening.

Georgiadis explained, “All of the products that have been available for medical patients are now available for the adult-use side as well.” He said RISE is ready for a rush stocked with “a ton of flower, a ton of pre-rolls, a ton of edibles.”

Here’s what first-timers should expect

Pakuris advises first-time medical patients to be prepared to wait for paperwork to process. Adult-use customers just need government-issued ID, and have the option of paying in debit, credit, or cash (ATM available on-site).

More than 30 stores will eventually be licensed, but the rollout will be gradual. Today’s opening was limited to these stores:

If you’re waiting in line in Rhode Island…

Let us entertain and educate you on the new rules. If this is your first time in a legal cannabis store, you’ll probably want to come up to speed on vape pens:

And you are definitely going to want to know about edibles and how to dose them:

Under the new law, possession and home-growing of cannabis is now legal for adults above the age of 21.

Where can you smoke weed legally in Rhode Island?

Adults can smoke cannabis in any place where it’s legal to smoke tobacco. That means smoking and vaping is banned on school grounds and correctional facilities, as well as cities and towns that choose to opt-out, or ban smoking in specific places. Providence, Rhode Island added cannabis to an existing ban on smoking cigarettes in public parks last month.

Landlords can also ban smoking and vaping depending on their rental agreement. But they can’t forbid eating edibles, or simply possessing cannabis under the legal limit on their property.

Possession of cannabis while driving will result in a six-month driver’s license suspension. Rhode Island has a strict “drugged driving law” that says no one is allowed to drive a motor vehicle if they have a detectable level of cannabis or any “illicit drug” in their body.

There will be a 20% tax on cannabis revenue. Allocations will be split into the 7% sales tax, a new 10% cannabis tax, and a 3% tax by the municipality where the product is sold.

Rhode Island Gov. Dan McKee issued this statement regarding the Dec. 1 opening of the state’s adult-use retail market: “This milestone is the result of a carefully executed process to ensure that our state’s entry into this emerging market was done in a safe, controlled and equitable manner,” said McKee. “It is also a win for our statewide economy and our strong, locally based cannabis supply chain, which consists of nearly 70 licensed cultivators, processors and manufacturers in addition to our licensed compassion centers.”

We don’t have confirmation, but it’s tradition for a newly legal state’s governor to pop in for a little press event at a store. Best bet will probably be the Thomas C. Slater Center in Providence. They open at 10:30 a.m. on Thursday. 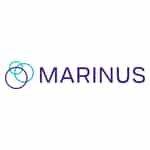