In this week’s episode, Joe and Alexa talk about the excitement brewing around our first conference-meets-festival, Convergence (March 30 – April 2 at the Wisdome in LA), and some of the sponsorships starting to come in (interested? email Alexa@psychedelicstoday.com).

Then, they dive into what intrigued them the most this week: a study looking into potentiality and possible causes of 5-MeO-DMT reactivation (and what reactivation actually is); New York cannabis farms sitting on $750 million worth of cannabis as the government drags its feet on licenses; and the story of a woman who used cannabis and psilocybin as an adjunct to standard therapy in the treatment of advanced metastatic breast cancer.

Convergence (Use code PTINSIDER10 for 10% off!)

Thebrothersapothecary.com (Use code SHROOM for 30% off)

Frontiersin.org: Reactivations after 5-methoxy-N,N-dimethyltryptamine use in naturalistic settings: An initial exploratory analysis of the phenomenon’s predictors and its emotional valence

Psychedelics Today: HPPD and Flashbacks: Everything You Need To Know – And What We Don’t Know, Too

Bloomberg.com: New York Cannabis Farms Have $750 Million of Weed — and Nowhere to Sell It

Journals.sagepub.com: Raising awareness: The implementation of medical cannabis and psychedelics used as an adjunct to standard therapy in the treatment of advanced metastatic breast cancer

Righttotry.org: What Is Right To Try? 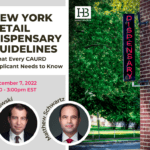