This week features David Drapkin, Joe Moore (for the first part), and introduces Alexa Jesse, who you’ve probably heard in ads, but who makes her first appearance on the podcast.

They discuss two big political moves in the advancement of psychedelics: the creation of the Congressional Psychedelics Advancing Clinical Treatments (PACT) Caucus (led by Representatives Lou Correa (D-CA) and Jack Bergman (R-MI)), and the filing of the Breakthrough Therapies Act by Senators Cory Booker (D-NJ) and Rand Paul (R-KY).

And they talk about the story of Jim Harris overcoming paralyzation through psilocybin; NICE (National Institute for Health and Care Excellence) determining that Esketamine is not cost-effective; new progress in Germany and Finland; MDMA-assisted therapy (and other psychedelics) showing alleviation of chronic pain; a ramp up in LSD research for Alzheimer’s studies; and more.

Plus, we hear a bit of Alexa’s story, wish Joe and Johanna happy birthdays, and talk about what’s most immediate in the PT world: Early Bird pricing ending today for our first conference, Convergence (use code PTINSIDER10 for a 10% discount!), and the next round of Navigating Psychedelics launching next week.

Jim Harris Was Paralyzed. Then He Ate Magic Mushrooms (Outside Online)

Chris Hemsworth Learned He Has a High Alzheimer’s Risk: What to Know (Healthline) 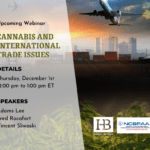