“Open your mind to me, Open your mind, Open your mind.” My view of psychedelics growing up was that if you take mushrooms it will make you see shit like Kuato growing out a man’s stomach like in Total Recall. Why was that? I never saw someone or know anyone that tried some but the images and stigmas in TV and media already biased thinking. Representative Alexandria Osacio-Cortez is seeking to introduce a federal amendment allowing for the research of therapeutic applications for psychedelics such as MDMA, Psilocybin, and ibogaine. The amendment would also allow the FDA to regulate CBD as a dietary supplement. Since 1996 the federal government has not allowed any legal research into the therapeutic use of psychedelics and the Marijuana Moment reports.

You may have a question or two, like what is MDMA? methylenedioxy methamphetamine (MDMA) is a synthetic drug that alters mood and perception. It is an active component in the drugs known as molly/ecstacy. MDMA is being proposed in trials for various psychological and physiological conditions.

Are you aware of psilocybin and ibogaine? Psilocybin is a naturally occurring psychedelic prodrug compound produced by more than 200 species of fungi. Most commonly people think of the hallucinogenic properties of some mushrooms. There are also fungi that alter mood, perception, and cognitive function.

Ibogaine is an alkaloid that is extracted from the iboga plant. The use of this substance originates to shamans of the African diaspora. It’s use is similar to peyote of American “First People” and/or dozens of other cultures around the world. Medical Science wants to research the mind altering spiritual substances of various international substances for therapeutic use.

So what is micro dosing? People are taking tiny amounts of psychedelics not to escape life but to enhance life. People micro dose not to get high, but to gradually enhance, alter, heightened brain function. CBD products for calming the mind are flying off of the shelf. A good friend put me on to Neuriva, a natural supplement to focus the mind with the ability to concentrate without a break in focus. I recently grabbed some mushrooms to go along with some 420 relaxation. There was a time I would have never considered such things.” Open your mind to the possibility of Total Recall”. Ok that was corny! 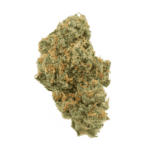 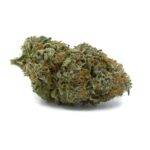