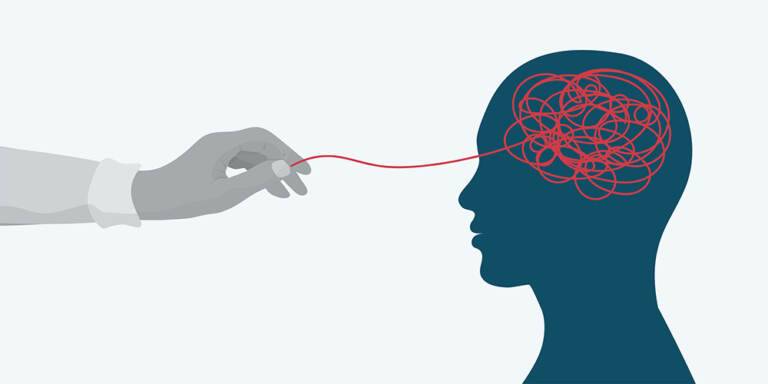 
When I was seeking treatment for my depression and childhood trauma, I was willing to try everything.  I was in a desperate state. I wanted to weigh all the available tools for treatment. SSRIs (selective serotonin reuptake inhibitor), psychotherapy, psychedelics, waking up at 5 AM, nothing was off the table.

I stumbled my way into different treatments for my depression and I mostly learned by trying and failing. The experience of depression is subjective and the suffering so personal, it’s difficult to breach that chasm of isolation one feels, whether you’re the one suffering or the one witnessing it. I can only imagine how much greater isolation must feel for men.  According to the CDC, “the suicide rate among males in 2020 was 4 times higher than that among females.  Males make up 49% of the population but nearly 80% of suicides.” Men may hide it better, perhaps because our current environment doesn’t prize emotional vulnerability. It’s heartbreaking to hear of men’s mental health struggles in their epitaph, yet seldom before.

There’s a stigma in this world that men can’t talk. Listen, if you’re a man and you’ve got weight on your shoulders, and you think the only way you can solve it is by killing yourself, please speak to someone. Speak to anyone… I know I’d rather my mate cry on my shoulder than go to his funeral next week. So please, let’s get rid of this stigma, and men, start talking.”  Paddy “The Baddie”Pimblett – Mixed Martial Artist.

So when I met Heesoo, co-founder of Sabi Mind, a Ketamine healing center, I felt I had met a unicorn. A Korean man advocating for mental health in the psychedelic industry was an oxymoron. The mindset of the post-war generation that raised us, mired in Han, isn’t exactly conducive to a compassionate response to mental health and healing.

If there was one word that captured the Korean sentiment, it would be Han (恨). It’s an integral part of Koreans and our history, yet it’s difficult to explain. You may have seen or heard about the reunion of separated families (이산가족) from the Korean war. The absolute sorrow and heartbreak felt during these reunions is a hallmark example of Han. The late Anthony Bourdain described it as his favorite Korean word:

“Han…: it has many implied and specific meanings, but generally speaking, it’s a mixture of endurance, yearning, sorrow, regret, bitterness, spite, hatred and a grim determination to bide your time until revenge can at last be enacted”.

For a non-Korean, Mr. Bourdain wasn’t far off. A better authority on Han would be Professor Michael D. Shin (Fellow of Robinson College, Cambridge) who traces Han’s origin to three significant historical events in Korea’s modern history.  In 1907, to the dismay of terrified Christian missionaries, they witnessed the very first expression of Han during the great revival movement.  An unintended consequence by Christian missionaries to temper the politicized landscape of Korean Christianity metamorphosed into an explosion of agony and distress. Ten years later, in 1917, the best-seller novel Mujeon (heartless), marked the beginning of a culture of Han. The embodiment of Han was illustrated by the protagonist, a woman, who suffers a traumatic loss of identity.  Finally in 1926, Emperor Sunjong’s death, once more released nationwide, all the pent-up anger and sadness of Koreans. For most, the Emperor’s death marked the end of Korea’s 5000 years of history. Against this backdrop of melancholy of war and colonial rule, Han fully materialized. Professor Shin succinctly describes it as:

The complex of emotions that result from the traumatic loss of collective identity. Koreans don’t want to let go of their Korean history, they cling to it more, but can only experience it as a loss, or as Han.  – Michael D. Shin

What unites us Koreans, is our lack of a collective identity. Within this environment of loss and sadness that painted the post-war generations, it’s no wonder Korean children are often reared to be overachievers. The epitome of success for many Korean-immigrant parents meant raising a child to become a doctor or a lawyer. A position of influence, power, and reverence to attenuate the ever-present chip on our Korean shoulders.

Heesoo acknowledged how a position in the healthcare industry always held high esteem in his family.  Growing up, his parents worked long hours. It was the perfect setting for a quick download on drug culture with his Canadian friends. There was no “drug conversation” at home. Drugs were so taboo that it never crossed his parents’ mind that Heesoo would eagerly experiment (he candidly described his younger self as a maniac.)  Heesoo’s parents thought he was studying to become a doctor. The fallacy of the good Korean kid strikes again. Little did they realize that he would do exactly that, but in the most psychedelic way possible by co-founding Sabi Mind.

Sabi is a “client-centered organization supporting those discouraged by conventional medical models, or who seek new ways of healing with safe, evidence-based, and accessible ketamine-assisted therapies.” Minute details, from the lighting, the color scheme, to the ambient temperature were approached with a patient-centric mind. The patient takes center stage as an honored guest.

“The power dynamic in the space of healthcare is not the best place to start when you want to promote healing in an approachable manner.   We don’t do the healing, we support the individual”

I could sense a feeling of reverence and humility while Heesoo spoke about his work. A recognition of the individual to heal within their imperfection is the hope Heesoo wants to provide through his work, much like the Japanese wabi-sabi philosophy to embrace beauty in the imperfect.

I asked about his parents’ reception regarding his foray into psychedelic territory. Semantics aside, Heesoo pointed out a greater barrier than language itself when communicating with his parents born of war and Han. There is an acknowledgment barrier towards mental health from their generation to ours.

“Staring down the face of famine, mental health implications are difficult to grasp…

Whereas in our generation, our traumas aren’t front facing.”

Although there is a generation that may not openly acknowledge mental health issues, there are those who see beyond Han to a way to healing. Vice featured Kim Ki-Ho, one of the creators of a “fake funeral” or “death meditation” service offered in Korea.  Participants experience their own funeral and the ceremony culminates with the participant’s burial in a wooden coffin. Whatever experience participants were seeking, one common thread was their ego death.  Interestingly enough, this “fake funeral” ceremony reminded me of my own psychedelic experience. If there is an appetite for ego death for Koreans, perhaps psychedelics may offer exactly that.  The death of Han and perhaps, the death of the stigma on mental health.

One can only hope that psychedelics will become a safe and uncontroversial treatment for mental health, as well as for those who want a deeper exploration of their own psyche.  This is the future Heesoo strives for as he continues to work within his community on education and creating ways to make Ketamine-assisted therapy more accessible.

Yes, for now these treatments are expensive. But the cost of being silent on mental health is something Heesoo understands too well. It’s the same reason why Paddy Pimblett took a moment to speak up about suicide on national television after his UFC win, and the same reason why Heesoo created Sabi Mind — to turn their personal tragedy into hope for the world. 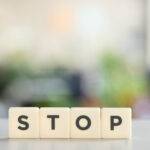 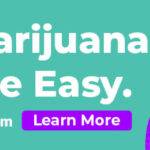