Indonesia, a fertile land where the climate is perfect for cultivating cannabis, is in the “red zone” regarding legalization. In fact, getting caught with even the smallest amount of cannabis could earn locals (and tourists) harsh sanctions, fines, and/or a stint in prison. Nonetheless, the medical potential of the plant is not being overlooked by mothers like Santi Warastuti.

Warastuti, the mother of Pika Sasi Kirana, is actively lobbying for legal access and research into the plant alongside her daughter’s father, Sunarta. Warastuti is one of a group of Indonesian mothers who are urging the government to explore the drug’s remedial properties for various medical conditions, including chronic pain and cerebral palsy.

In 14-year-old Pika’s case, there were no obvious signs of a medical condition when she was first born. Weighing 3.4 kilograms (7.5 pounds) at birth, Pika developed into a healthy young toddler and progressed to kindergarten without any problems. A keen dancer, singer, and afternoon cyclist, she constantly made her parents proud.

Unfortunately, her health tumbled down a slippery slope when she was just five years old, at which point she began experiencing frequent vomiting and fainting episodes. A trip to the doctor’s office in Bali’s capital, Denpasar, did little to help her. Even after being prescribed epilepsy medication, her condition continued to deteriorate.

“No one ever actually said the words ‘cerebral palsy.’ It just showed up one day on her doctor’s notes,” fashion designer Warastuti told reporters at Al Jazeera. “Every time I visited a doctor they kept changing the doses or types of medication. Nothing worked.”

Desperate to find a way of relieving her daughter’s suffering, Warastuti proceeded to explore alternative treatment options, one of which was medical marijuana. The green plant caught her attention after her European employer informed her of cannabis’ rapidly growing status as a therapeutic aid across Europe, the U.S., and various other countries around the world.

After moving back to her hometown of Yogyakarta, Warastuti crossed paths with fellow mother Dwi Pratiwi. Pratiwi, a Constitutional Court case plaintiff, had previously visited Australia to help her son to receive medical marijuana therapy for cerebral palsy.

Sadly, the child lost his life. Nonetheless, the significance of his story cannot be ignored since it pushed the subject of marijuana treatment to the forefront of medical discussions in Indonesia. Moreover, Warustuti’s meeting with Dwi led her to learn more about the plant’s potential for inducing a comfortable sleep and easing muscular atrophy in cases of cerebral palsy.

The tragic death of Pratiwi’s son prompted the mother to take legal action. Along with the support of another mother whose child was diagnosed with cerebral palsy, she pushed to get the drug legalized across Indonesia. Unfortunately, their efforts to secure a judicial review of Indonesia’s Narcotics Law of 2009, which forbids the use of marijuana for any reason, was shot down on July 20 by Indonesia’s Constitutional Court.

“I knew that the legal challenge was going to be rejected, but the ruling has also pushed for research into medical marijuana which we need to appreciate. Indonesia it is hard for people to accept the legalization of medical marijuana because they think that cannabis just gets you high, but there are good and bad ways to use it,” said Warastuti. “It is like a knife which is meant to be used to cut things, but can also be used to stab someone and kill them. Yet you can still buy knives everywhere.”

Cannabis Remains a Schedule I Drug

Currently, as per the UN Single Convention on Narcotic Drugs of 1961, cannabis is classified as a Schedule I substance in Indonesia. Although the plant has no accepted medical use across the predominantly Muslim country, the World Health Organization (WHO) has been trying to reschedule the plant since 2019.

While it remains uncertain as to when the Indonesian government will research the plant’s medicinal benefits, Warastuti says she is pleased that the judge encouraged the Indonesian government to carry out further scientific studies into the medical uses of cannabis. In the nearby Kingdom of Thailand, cannabis has already been legalized for medical and recreational purposes.

“I need to try everything to help my daughter and we will fight on and never give up,” said Warastuti. “Maybe it is not my fate to be the one to get medical marijuana for my daughter, but hopefully we have started something, and in the future others will be able to access this medication for their children as a result of my actions.” 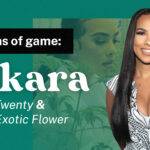 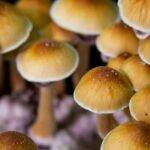