For those that missed it, Donald Trump pardoned many of his allies this week that were accused of federal crimes. What was widely publicized was Donald Trump also pardoned a man formerly convicted of felony marijuana possession. Welon Angelos received a full presidential pardon via the administration of Donald Trump on Tuesday December 22nd, 2020. Angelos received a reduced sentence in 2016. His sentence was reduced from 55 years. As he had already served 13 years he was granted release by the Obama Administration as reported by the Marijuana Moment. Angelos was interviewed by the Marijuana Moment.

Since being released in 2016 Angelos has been an active and vocal Criminal Justice reform advocate. Angelos focus is how “the war on drugs” has thousands incarcerated for non-violent drug offenses. Angelos is hoping Trump will continue to grant relief to these individuals – many of whom (Angelos) has personally urged the White House to consider- as the administration enters its final days the Marijuana Moment reports.

In the interview Angelos spoke of how when he first was released under the Obama administration countering the message of the Trump campaign was his focus. According to Angelos his trial was about painting him as a violent gang member to be feared. Angelos openly and often challenged the Trump campaign narrative painting Latino men in such a light the Marijuana Moment reports.

Naturally Angelos was shocked in 2018 when he was invited to the Trump administration led White House. Angelos told the Marijuana Moment, “I went into the White House as someone who just got out of prison, just got off federal probation, and heard President Trump literally speak in favor of criminal justice reform. And it was shocking to say the least… I became sort of like—I’m not really like an advisor, but someone who recommended cases and certain actions, sort of like an informal advisor role”.

Good for Angelos. It is good for his future and his family that he was pardoned. While he was already released his presidential pardon erases his arrest and conviction from his record as if it legally never happened. However, why is Angelos the advisor and recommender for those who should be released? Angelos does not personally know these people any more than any other person reading a case file. The law is the unjust issue itself. If Trump is serious about reform then why is he handpicking select cases? If Trump acknowledges the law is unjust, pardon everyone convicted under the statute with non-violent cannabis convictions… 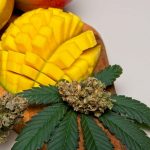 What is Myrcene and How does it work?
Next Article 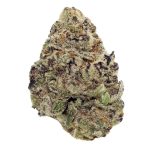