Pennlive has recently reported that hundreds of vape carts have been in recall in the state of Pennsylvania. The vape recall made by the state. Mentioned some of the vaporizer, “contained ingredients that were not approved for inhalation”, the details reported. Pennlive indicated that; “The Pennsylvania Department of Health released a list of more than 500 vaporized marijuana products with some “added ingredients, this past friday. That were not approved by the U.S. Food and Drug Administration (FDA).”

However, some are calling the move nonsense and not logical. “What the state, is trying to do here will not happen.” Said Meredith Buettner, executive director of the Pennsylvania Cannabis Coalition, according to the Pittsburgh City Paper.

Pennlive reports “Health officials notified patients of the statewide review Dec. 1, warning some of the products sold at dispensaries may not be safe for inhaling.” Buettner reportedly told the City Paper she is concerned the state’s recall could push patients to seek products on the illegal market if they can’t get them at their DC dispensary or dc delivery dispensaries. With a sarcastic grin on my face I asked… What is wrong with that?

State medical dispensaries operate under a few assumptions. One of their marketing ploys, was that the state sold and regulated a cannabis industry. Thinking it is, “safer” than the “illicit” market. Another assumption is that you pay more at dispensaries for higher quality.

However, if it’s risky getting contaminate products… and at a higher price then why let the state run dispensaries at all? Pennsylvania is not close to Washington DC. However, folks as far as North Carolina make the scheduled trips to Washington DC to take advantage of Initiative 71.

Initiative 71 allows for the gifting of cannabis in the Washington DC city limits. This means a company like Select Co-op, that I have been using for years, will deliver up to two ounces of flowers to you within the city limits. Select Co-op will direct you to their cleanest vaping options and the ones they smoke themselves. I will take that over the state doing random recalls and selling over-priced options. 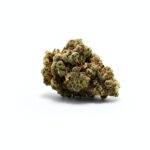 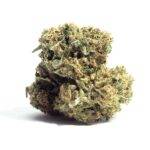