30 members of Congress have written a letter to Joe Biden. The letter is a well worded- eloquent translation of “You on that bullshit”. Simply put, really Mr. Biden… Really?! The entire letter is available to read courtesy of the Marijuana Moment.

The letter begins by praising Joe Biden for taking steps to ensure previous cannabis use will not disqualify people from employment. The authors then immediately express their “dismay” for the recent white house staffers being dismissed. They then ask for Joe Biden to “clarify” shit! LOL!

The authors go on to educate Joe Biden on cannabis statistics and federal recommendations concerning employment. They then again remind Joe Biden that you signaled you would waive these requirements in line with the recommendations. Yet Mr. Biden did not do so, although he has the power and authority to do so.

The most comical aspect of this is the letter then goes on to name names! These folks are like ummm, Bill Clinton smoked weed… Kamala Harris smoked weed… Buttigeg smoked! It sounds like Riley from the Boondocks grilling these bamas. Then they give real talk… These folks have not and will not face consequences for their past actions (nor should they)… So why are white house staffers?

According to the Marijuana Moment, one contributor to the letter stated “Simply put, in a nation where the truth is considered malleable, we need to demonstrate to our young public servants that telling the truth is an honorable trait, not one to be punished,” the congressman wrote. “I respectfully request that your administration discontinue punishment of staff for being honest about their prior cannabis use and reinstate otherwise qualified individuals to their posts.” Simply put these people told the truth and you walked them off the plank!

Joe Biden walked one side of the line of the cannabis issue when Donald Trump was in office. Since being elected, his stance in the words of some of his political peers reflects an “antiquated” and “harsh” view. Mr. Biden please stop attempting to cater to the archaic and hypocritical views of the minority of Americans, most of whom did not vote for you anyway. 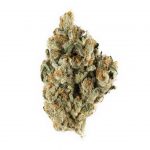