Finally, after more than eight decades, the state of New York has listened to the people and taken the necessary steps to reform archaic cannabis policy, legalizing access to both medical and recreational cannabis. After eight decades, New York can start to heal from the racialized, government-enforced war on drugs that incarcerated cannabis supporters and consumers while attempting to eradicate cannabis.

New York Makes It Easier to Become an MMJ Patient

It’s no secret that the state of New York’s economy is in a poor state. Misappropriation of public funds and tax dollars over the years by corrupt political tyrants has left the state of New York in financial turmoil. According to Statista, as of 2021, “New York State debt stood at about 160.65 billion US dollars.”

To try and recoup some money, the state decided to legalize and tax the heck out of cannabis. By taxing legal cannabis sales, the state is expected to collect an estimated $1.25 billion in cannabis revenue over the next six years. Can cannabis help save the state’s economy? It sure isn’t going to hurt things, that’s for sure. If you are thinking about becoming a medical cannabis patient in New York, there’s no better time than now. 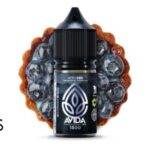 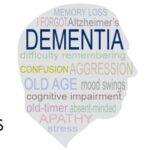