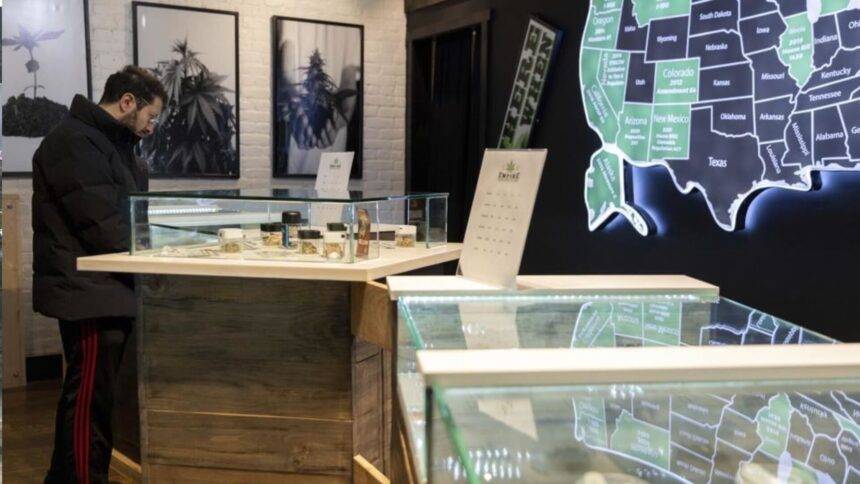 
These are the nonprofits and businesses controlled by individuals with New York cannabis convictions who will lead the adult-use market.

On a historic day in Harlem, New York’s adult-use cannabis market came one step closer to launching. Earlier this morning, state regulators voted to award NY’s first 36 dispensary licenses to businesses and nonprofits most impacted by the state’s grotesque past of marijuana prohibition.

Contents
These are the nonprofits and businesses controlled by individuals with New York cannabis convictions who will lead the adult-use market. Why is New York giving people with cannabis convictions first licenses?Here’s how New York will position these dispensaries for successNo dispensaries in Brooklyn, Central New York, and more regions for nowThese are New York’s first 36 dispensary licenses holders

“These are the types of individuals and organizations that the MRTA (Marihuana Regulation and Taxation Act) envisioned as the bedrock of our industry… We’ll continue to issue licenses on a rolling basis as we have with other license types.”

The OCM said this first group of licensees is the top of the class, chosen from 903 total applications submitted between August 25 and September 26. The state will give licenses to an additional 122 businesses and 17 nonprofits from the first wave of CAURD applications.

These retail licenses will close the loop for New York’s adult-use cannabis market, which already has dozens of cultivators and processors, as well as reportedly $750 million worth of legally-grown cannabis ready on the industry’s supply side.

The first class of awardees will now need to submit a secondary supplemental application showing approval from a municipality before becoming fully licensed. The state plans to use a $200 million fund to help these businesses stand up quickly, potentially ahead of a long-promised 2022 year-end deadline. The ten firms tasked with building out turnkey dispensaries for the state were named last week.

“Nowhere in this country was cannabis prohibition weaponized more methodically,” than in New York state, said OCM chief equity officer Damian Fagon at Monday’s board meeting. Fagon revealed new state research that shows that between 1980 and 2020, 1.2 million marijuana arrests occurred in the state, with almost 400,000 convictions. The vast majority of those impacted were men of color.

In 2018, state documents reported, “New York’s marijuana arrest rate of 535 arrests per 100,000 people was the highest of any state in 2010 and double the national average.” The state’s report on how criminal records impeded New Yorkers’ lives continued, “(In 2010), there were 103,698 marijuana-possession arrests in NYS—29,000 more than Texas, the state with the next highest total.”

“The impact of low-level marijuana offenses extends beyond utilization of law enforcement and criminal justice resources. Individuals who have a criminal record often face challenges throughout their lives accessing gainful employment and qualifying for federal housing. Marijuana-related convictions have a lasting impact.”

According to a release from the OCM, “Over the last 30 years, Black New Yorkers were 15 times more likely to be arrested for cannabis than white New Yorkers. For Latinos, it was eight times more likely. Accordingly, the majority of the license awardees announced today are people of color.”

Here’s how New York will position these dispensaries for success

According to the latest regulations released Sunday, vertically-integrated operations will be prohibited from opening dispensaries for the first three years following day one of legal sales. Those regulations are still up for revision after two months of public comment, but New York regulators have remained steadfast in their intention to cultivate a cannabis market that resembles its wine and liquor markets.

To accomplish the goal of a consumer-driven market, the state plans to enforce a strict separation between suppliers and retailers. That means no parties can have ownership across the division of supply and retail tiers.

OCM chief of staff Axel Bernabe gave this example Monday: “You can’t have (a) Budweiser beer store. You can’t have (a) Jack Daniels liquor store.” The state wants to see the same for the cannabis industry because it will mean buyers, not big business, will decide what products succeed.

The law will also forbid conflicting ownership stakes or pay-for-placement shelving arrangements that could give large businesses undue influence at any point of the seed-to-sale process. OCM executive director Alexander said Monday that these regulations will “ensure the wealthy and well-connected do not dominate the market,” while encouraging licensees to focus on impacting the community and environment. The regulations are also intended to encourage investment and competitiveness in the retail market.

“No one else in the country other than Washington [state] does this,” Bernabe explained. “It’s a very progressive, aggressive approach.” The OCM chief of staff added that exceptions to the two-tier will exist, like micro licenses for craft farmers who can grow, sell, and deliver their own products under certain restrictions.

Since no retailer can operate more than 3 stores, and no cultivator can stack licenses, CAURD license recipients will have the freedom to choose the products they believe customers want to buy most.

No dispensaries in Brooklyn, Central New York, and more regions for now

A federal lawsuit will delay the issuance of dispensary licenses in Brooklyn, Finger Lakes, Central NY, Western NY, and Mid-Hudson. This signals a hold on at least 63 of the 175 new dispensaries planned, according to the geographic limits set forth by the state earlier this year.

The plaintiff, Variscite NY One, is claiming the OCM’s dispensary license application program discriminates against out-of-state operators and blocks interstate commerce, a direct violation of the Dormant Commerce Clause, which keeps states from favoring their own economies over a healthy national marketplace.

These are the applicants who have spoken publicly about their licenses so far:

This story will be updated as more information becomes available. 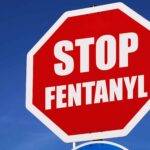