Cannabis consumers have all experienced the notorious munchies at one point or another. Some, especially those who do not consume cannabis, may think that the munchies would lead to weight gain considering the increase in food intake. However, another stereotype-smashing study found that cannabis legalization is tied to lower obesity rates as more citizens and patients take to cannabis consumption. If the fear of unwanted weight gain made you weary of the munchies, you should know that the cannabis community is associated with lower obesity rates, and this new study confirms it.

Contents
Adult-use Legalization is Associated with Decreased Levels of ObesityCannabis and Obesity: What Dangers Are Associated with Obesity?Apply For Your Medical Marijuana Card TodayWhat the Current Research Tells Us About Cannabis Use and Obesity

Adult-use Legalization is Associated with Decreased Levels of Obesity

A team of researchers wanted to assess the impact of recreational cannabis legalization on obesity, beginning by stating, “obesity in the US arguably constitutes the most significant health epidemic over the past century.” Essentially, the study found that adult-use legalization is associated with decreased levels of obesity even though cannabis generally stimulates appetite. It should be noted that some strains suppress appetite due to a high content of the cannabinoid THCV.

The researchers used obesity data in Washington State between 2002-2018 because it is one of the first states to have legalized recreational or adult-use cannabis. The study is significant because it considers both the obesity epidemic and the appetite-stimulating effect of cannabis. Their research shows that “the opening of recreational marijuana dispensaries led to decreases in obesity rates relative to a counterfactually constructed Washington State.”

Washington State’s obesity rate “is an average of 5.4 percent lower…” compared to the pre-legalization years. The researchers wrote that “our primary experiment revealed recreational marijuana legalization, which allowed recreational marijuana dispensaries to open, resulted [in] decreases in obesity rates for Washington State. This is somewhat surprising given previous literature finding marijuana use is often associated with increased unhealthy food consumption and lethargy.”

The researchers explain that their study provides essential insight for drug policies since it provides “a more robust understanding of the relationship between recreational marijuana use and obesity rates,” which also “provides insights for public health policy examining the determinants and behaviors that can increase obesity.” Understanding what contributes to and can reduce obesity is important, considering that obesity rates rose from 30.5% to 41.9% from 2000-2020.

Cannabis and Obesity: What Dangers Are Associated with Obesity?

People struggling with obesity are at risk of a host of diseases and health problems but often struggle to lose weight. According to the Mayo Clinic, obesity is often the result of inherited genes, physiological and environmental factors, combined with diet, physical activity and exercise choices. Aside from the following health risks, the quality of life for these individuals is also significantly reduced as they are likely to face depression, disability, shame, guilt, social isolation and even lower work achievement.

The clinic goes on to explain that people with obesity are at risk of presenting with serious health problems, including heart disease and strokes, type 2 diabetes, cancer (especially cancer in the uterus, cervix, endometrium, colon, rectum, liver, etc.), digestive problems such as heartburn or gallbladder disease, sleep apnea, osteoarthritis and are even at the risk of presenting with more severe covid-19 symptoms.


The obesity study states that their research “also provides insights for health economics and health policy more broadly as obesity rates continue to pose health and financial concerns across the US.” While the study is providing us with some valuable insights, they did not specifically explain how or why legalization is linked to decreased obesity rates… although one can assume it has something to do with the increased ease of access resulting in increased consumption rates and thus resulting in a population experiencing sped up metabolism.

The researchers state, “The cumulative effect on obesity depends on the impact marijuana use on a host of factors including physical health, mental health dietary changes, physical activity, and consumption patterns. Ultimately, how marijuana legalization affects obesity is an empirical question that requires further investigation.”

What the Current Research Tells Us About Cannabis Use and Obesity

When cannabis is combined with healthy foods, such as the recipes in this article, those struggling to lose weight may find it more accessible. Despite the growing traction of people wondering whether cannabis can help one lose weight, research is increasingly supporting the notion.

For example, MedicalNewsToday asked, “does weed make you lose weight.” Their attempt to answer the question included a 2011 study conducted on a group of cannabis consumers and non-consumers. They found that those who do not consume cannabis have higher obesity rates when compared to the group which consumes cannabis at least three times a week.

The 2011 study explained that the prevalence of cannabis users with obesity was 16.1% compared to those who don’t consume, with a majority of 22%. Meanwhile, another study found that young adults who consumed cannabis were less likely to be obese or overweight than non-consumers. Another study found that cannabis consumers had a reduced body mass index (BMI) and less obesity despite also finding that cannabis consumers had a higher caloric intake.

As you can see, the correlation between cannabis consumers, with their increased calorie intake is associated with lower rates of obesity and a reduced risk of weight gain. However, the aspect that needs more research is the biological and scientific process that makes such a counterintuitive relation possible.

Individuals suffering from obesity should also be careful when trying to escalate their weight-loss efforts with cannabis, especially if they’re consuming other medications. Consult with your physician or a medical professional to develop a personalized weight-loss plan, including cannabis and potentially some healthy cannabis-infused meals, like those in the recipes mentioned above. 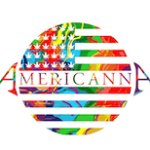 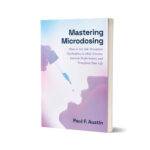