It seems like almost daily, a new survey validates the support that cannabis has across the globe. One of the most recent reports conducted by Real Estate Witch produced some pretty interesting statistics about people’s opinions on cannabis legalization’s effect on the economy and real estate, such as whether people would purchase a house beside a cannabis dispensary. Let’s explore the findings!

Is Cannabis Good for the Economy?

One of the key findings of the survey was that 71% of Americans feel that legalization is beneficial for the economy. This honestly isn’t really up for debate. When a state legalizes cannabis, it brings forth many economic benefits. Tax revenue from legal cannabis sales is collected by the state and used to fund whatever the state needs. Cannabis programs also create opportunities for entrepreneurship and a wide variety of other jobs.

70% of respondents stated that they would pay fair market value or above for a house near a cannabis business. According to respondents of the survey, 27% of Americans believe that home values increase in states where cannabis is legal. One in six Americans, however, still believes that cannabis legalization results in decreased home values, which has been proven time and time again not to be the case.

Economy and real estate statistics weren’t the only things that this survey looked at. Respondents were also asked questions such as what they refer to the plant as, whether or not they support legalization, and their support for expungement.

When it comes to righting the wrongs of the past, 48% of respondents supported expunging the records of those with cannabis-related charges as long as they were non-violent. 84% of those who responded in support of full cannabis legalization were also in full support of removing or expunging records for those convicted of crimes that would now be legal under current laws.

When it comes to the importance of legalization, it ranked number 9 in the top 10 issues. At the top of the list, respondents listed inflation as being the number one priority. Other issues that outranked the legalization of cannabis according to the survey included affordable housing, racial issues, immigration, gun violence, healthcare, climate change, and reproductive rights. Maybe one day, we can quit focusing on whether or not a plant should be legal and put our resources into solving and addressing these more pressing issues.

The fact that Americans support cannabis isn’t new news. In fact, many reports have shown that the majority is in favor of at least legalizing medical cannabis. This has been echoed for years, not only through surveys but also through actions that have allowed cannabis legalization to progress to where it has today in the United States.

Just this year, we welcomed two new states to the lineup of those with legal access to cannabis. Maryland saw 65.6% of voters support the legalization of adult retail cannabis in the state, and 53.1% of voters in Missouri also voted in favor of the same. These two states already have operational medical cannabis programs established.

Since the beginning of cannabis prohibition, there have been reports and surveys published supporting and stating the truths of cannabis—reports such as those published by the LaGuardia Committee in 1939 and the Schafer Commission in 1972. After decades of illogical prohibition, society is finally catching up with the science that backs cannabis’ safety and benefits. Thanks to state-level cannabis reform, millions of Americans have gained access to cannabis. 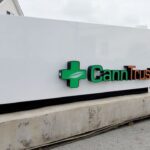 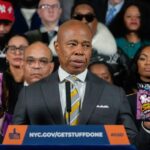