NBA Players Are Smoking A Lot Of Weed In The Bubble 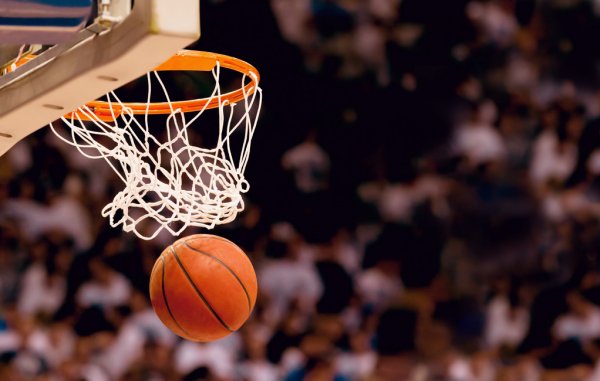 As the kickoff to the shortened NBA playoff season approaches, there is one thing players have been encouraged to bring in excess to ensure their health. It’s not injury tape or extra sets of warm ups, although there will be more need than usual since players will be quarantined at various hotels at Disney World for weeks, with strict rules not to leave the campus or else. What players are expected to bring, is weed.

The NBA stance on weed has evolved recently. The league officially stated that they would not be testing for cannabis while players cohabitate in the bubble for up to 82 days, while they perform in the playoffs. Use has been tacit and on the low for years, but this was a dog- whistle signaling to players that they have the all clear to use the sticky stuff, and why wouldn’t they want to? These guys are millionaires, used to taking advantage of everything life has to offer, for playing a game they love. To do that, they’re completely restricted from leaving the Disney Campus, with no one else allowed in. Their leisure activities are limited to eating pre cooked meals out of plastic compartments, corn hole, fishing, and golf. Thank God you can do all of that while high, because they’re going to need something to make that more bearable.

The other issue is that there’s no time for decompression. Emotions will run high during the playoffs and there’s no privacy to get away from it all or take in a loss. So when Al Harrington, former NBA player and current cannabis entrepreneur, advised players to “Bring more than you think you’re going to need” in a recent issue of The Athletic, I thought of it as good advice to maintain mental health. “You might have that teammate who’s never smoked and might want to try it since they’re stuck in a bubble. So, you might be supplying other people”. To Harrington, that means at least a pound, because altruism runs deep. If it were me, I’d be stuffing weed in every spare location I could.

Not that Florida is the best backdrop for this new iteration of “Don’t Ask, Don’t Tell”. Amid rising cases of COVID-19, there’s a high risk for infection if anyone violates the rules. Also while officials won’t be drug testing for the NBA, that doesn’t mean they can’t get clocked by the police. As a state, Florida, takes a hard line stance against recreational use of marijuana. Possessing up to 20 grams of marijuana is treated as a misdemeanor, while anything more than 20 grams carries a felony charge, prison time of up to 30 years, and up to $200,000 in fines. CBD is legal. However, players who didn’t bring enough are out of luck because pickups and deliveries are also out of the question. Ask Richaun Holmes of the Sacramento Kings and Bruno Caboclo of the Houston Rockets. Both were quarantined and had to self-isolate for 10 days after exiting and reentering the bubble to get takeout.

In the Athletic, one agent joked about players smuggling in all the weed they could carry. “There was probably weed hidden in all kind of stuff DVD, players shaving cream cans”, he quipped. Let’s hope so, because these players are getting a chance that not everyone in the league is getting this season. The chance to play and perform the job they love and if having a little weed is going to help them pass the time and show up to perform, let them have it.

New Marijuana Laws In The DMV: What You Need To Know!