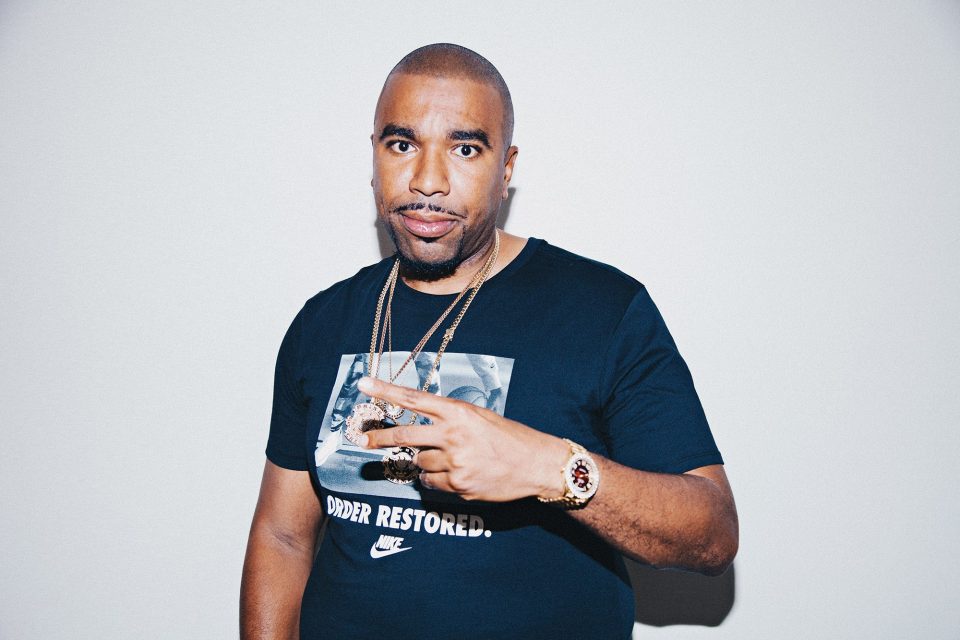 Super Thug ” And call me an animal thug, when I’m in cages. I used to proof phrases, rolled dice with no aces… Now I’m just included in the oasis… Gotta take faces, no time for car races. Check my sky, tell I got five pages”…

WOW! That was 22 years ago. Does a 21 year old even know what a SkyTel pager is… That was some baller shit at that time. My friends and I may have allegedly ran a caper to get each of us Sprint Spectrum cell phones around that time. Big ass SIM cards with a big ass battery attached and minutes on a cell were conserved like water in a dessert.

OK why the 1998 flashback and the N.O.R.E. song Super Thug? Well we are paying homage to a staple of 90’s East Coast Hip-Hop that is releasing his own marijuana strain. N.O.R.E. has hooked up with a grower to produce the “Super Thug” strain.

NORE’s new cannabis strain is a collaboration with wholesale grower Cherry. The product is an OG derived “Super Thug” and is” as pungent and powerful as the rapper’s personality” according to Westworld. I have not seen NORE’s podcast Drink Champs, but from what I understand he and his guests have some top shelf supplies for the upcoming season.

According to NORE the rapper had visited the growers at Cherry numerous times and liked their business operation. Relationships are key to growing and staying in business and NORE credits the relationship with Cherry as why he expects their collaboration to develop and scale. As far as why they chose to create from an OG strain… NORE gives the explanation best himself…” I’m from New York City, born and raised in LeFrak City of Corona, Queens, and we’re smoking on Diesel and OG’s out there. This was all a no-brainier”.

NORE was asked if the bulk of his marijuana use is medicinal, recreational, is it for creativity or what? His response…” I don’t want to sound crazy, but I don’t do anything without cannabis. If I have to take a shit, I roll a blunt. Before I brush my teeth, I roll a blunt — and after I brush my teeth, I’ll smoke that blunt. It’s just a part of my life, and an everyday thing. I’m medically approved in Miami, too, and I don’t believe this is a drug; I believe it’s medicine. When I smoke, life isn’t that bad”. ORE goes on to say some of the best ideas he has ever had has been off some of the best cannabis he has had… Some of the worst ideas he ever had came from smoking some of the worst cannabis he has ever had!

That is real talk. I have learned that valuable lesson from dealing with Select Co-op. Before finding Select I would have spells where I was only getting bullshit. Smoking bullshit will have you thinking about bullshit, depressed, and doubting life. I would take mad breaks from smoking that bullshit. Enter Select Co-Op and almost two years later I have not had a “bad strain” in recent memory. Let’s see if Select gets a hold of Super Thug anytime soon.