One of my favorite ways to consume cannabis is through edibles. Who doesn’t love food and weed? Combining the two is one of the best ways I can think of to enjoy anytime, but I’m especially fond of making my own brownies some time in the month of 420. It started as a tradition when my friend Alex bought a weed brownie from a guy who was selling them at a tailgate party. The guy claimed to have made them himself, but they were wrapped and had a logo on them so I figured it was a small business. Although I was skeptical- because who buys weed brownies at a tailgate? I tried it, and I was not disappointed. It was the best brownie I’d ever had. Angels danced on my tongue. This was just the taste of the brownie alone.

Not only did the taste catch me off guard, the high didn’t kick in for two hours afterwards, in the middle of the game. I rapturously cheered when our team scored, my eyes darting around in search of the phantom brownie angel again. Not surprisingly, I never found him in a sea of people dressed exactly alike to support the same team, but I vowed to mimic what I had enjoyed that day. As a result, I became amazing at making my own brownies. After that, I became dedicated to the craft of brownie making, determined to create chocolate treats that would rival the ones I’d tasted that day.

I learned to decarb and and infuse my own cannabutter to create different types of brownies based on the type of effect I wanted. These days, with kids and more responsibilities, I don’t bake nearly as much as I used to, but I typically make an exception for 420. I really go all out, using quality ingredients and different butters to get different effects. My go to strains is Purple Punch for indica butter and OG Kush for sativa, because it gives a good balance of mental and physical high. I even break out the good chocolate and toppings this particular year I went with walnuts and M&Ms.

These days, I make them for the weekend closest to 4/20, we usually send the kids to grandma’s and live like college kids for the weekend. I don’t think we ever told them why, we just called it our Spring Break, and no one asks any questions. We invite friends over who have done the same thing and just enjoy the kid free time. We’ve worked out a smoke schedule in regular life, but this is special because we can absolve all responsibilities and just think back to a simpler time. On this particular time, my mother in law came to pick up the kids. We chatted, enjoyed a cup of coffee together and she packed up the kids and left with them. The time passed peacefully, with both of us nibbling on the brownies while we waited for our friends to start showing up. As they began to arrive I relaxed. This was going to be the best 420 weekend ever.

Then the FaceTime chime came in from my phone. It was our 7-year-old. I could see my mother-in-law laughing wildly in the background, and my heart dropped. She was much more of a chortler than a throw your head back and guffaw type of woman.

“Can you put Grandma on, please?” I asked. He handed over the phone.

“Fantastic! I haven’t felt this good in years. I’m in such a great mood. I snuck one of the brownies you had out in the kitchen. I hope you don’t mind.” I did mind.

“No, I don’t mind, but is Jim there?” I asked, hoping she wouldn’t want to know why I was asking.

“Yes! He’s in the garage.” She took the phone to the garage and handed it over to my father in law.

I smiled, tensely. “Hi Jim. Mary-Ann ate one of my brownies but she didn’t know it was medicated,” I said, diplomatically. “Can you please just watch out for her for a little while. Jim, while usually pretty gruff, looked at me conspiratorially. “Medicated? What kind of medication?”

I was starting to sweat. “Nothing too serious. Vitamins?” My voice cracked.

“Vitamins. Sure. Well you and our son have a good time this weekend. I’ll take care of Mary-Ann and we’ll see you on Sunday night.”

I’m honestly not sure what happened during the rest of that 48 hour period, but when my mother in law came to drop the kids off, she was her normal self. She didn’t mention what happened on Friday and neither did I. In fact, no one mentioned it again. However, it was a while before I baked brownies again. 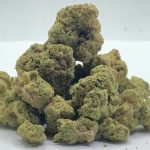 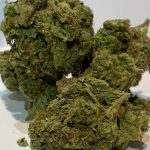