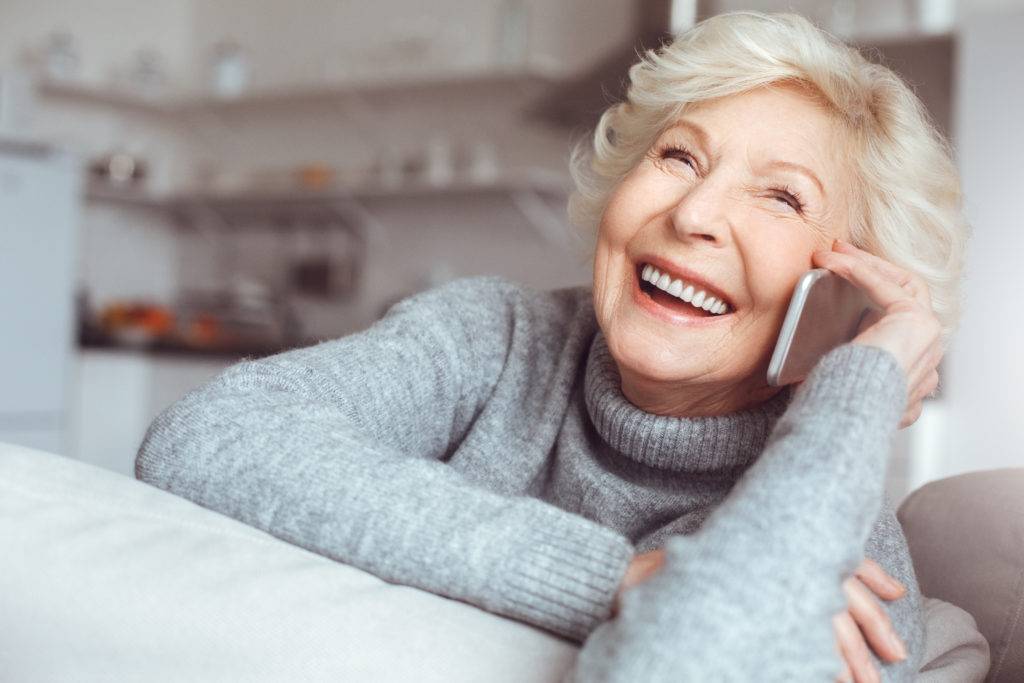 Sometimes in my line of business, you have to talk to people who really don’t know what they want. Or as in the case of my caller earlier this week, they do know what they want, but damned if they can actually tell you. That’s often the case with sweet little old ladies, and it was definitely the case with the sweetest little old lady from last week. I’ll call her Pearl, because she was so precious. If you think your grandma doesn’t know shit about weed, well, you’re right. Well, she may not know what it’s called, but she definitely knows what she wants. I’m here to help her figure it out.

So, the first thing to know is that Grandma Pearl usually calls first thing in the morning. It makes sense, because like a lot of older folks, she’s up at the crack of dawn. I’m not up at the crack of dawn of course, but as soon as we open up for business, she gives us a ring. I’m not going to lie to you, the first few minutes are tough, because Grandma Pearl asks a ton of questions. Also she is in no hurry to get off the phone. After she verifies that this is, in fact, a weed dispensary and that we do, in fact, take her medical card (we do, but my dispensary is recreational so we don’t give a shit, but she’s a sweet lady so I humor her), she then proceeds to tell me about her problems, which typically goes something like, “ I went to the doctor last week and he said that, because I have this card I can call and get something for pain. They gave me something, but I don’t like taking pills. Old people are always on pills all the time and that’s just not for me. I have a lot of pain in my hip since the surgery, and my arthritis acts up in the morning.”

I have a soft spot when it comes to older people, so I usually let this go on for a while before asking her what strain she actually wants. Inevitably, she doesn’t know. However, she can damn sure tell me what she wants to accomplish. Grandma Pearl knew exactly what she wanted when I asked her. “I had something called a purple exotic flower bloom last time,” she said, obviously reading what she had written down to remind herself. Having no clue what she was talking about, I had to dig a little deeper. “Hm, I think that might go by more than one name,” I say, trying to sound thoughtful and not like I don’t know what the hell she’s talking about. “Can you tell me how it affected you?”

At this point, Grandma Pearl gets behind the wheel. “Well, I don’t know what you mean, another name because I’m sure that’s what they called it. Also it put me in a good mood. I had energy to clean the whole house top to bottom, and then I ate everything in the refrigerator. That was great because my appetite has changed over the years and I’m not as hungry as I used to be. That’s something that changes as you get older. You’ll find out.”

I let the shadiness of the comment slide, since she has given me the information I need to make a recommendation. “Grandma Pearl, it sounds like you could use a strain called Purple Sleigh Ride. It’s a hybrid Indica/Sativa that makes you hungry and gives you the energy to complete tasks like the house cleaning you mentioned.” This works, and she agrees to purchase a few ounces. I quote a delivery time, and just before we hang up, she asks me to stay on for one more thing. “Please don’t tell my niece. She’s very against all this, but she doesn’t know I was smoking weed in the 70s. I just let her think I don’t have anything to do with all this stuff.”

No problem Grandma Pearl, none at all.

Beer And Cannabis Are Two Peas In A Pod

What Happens if you Smoke Daily?