Have you heard the buzz? Sources like The New York Times have hyped Mexico to be one of the largest cannabis markets to emerge in the world! However, that still leaves room for haters to claim Mexico is not up on economic times.

The New York Times said, it is likely that of how Mexico is a country that has been “carved up by cartels for decades”. The first factor is the illicit vs. the licit market. Legalizing cannabis does not eliminate the underground, “black market” economy. Economists look to Canada and how the legalization of cannabis in 2018 did not surge the economy as expected. The illicit market aside there are very practical “legal” reasons why the cannabis market may face challenges to economic growth.

The Times indicated that Mexico has a low domestic demand for cannabis. Studies and surveys show that the Mexican population is less open and honest about cannabis consumption. If people that are using cannabis do not openly admit it; it is doubtful such individuals will forsake their personal illicit connections to procure cannabis for public and state sponsored shopping.

Another factor is that Mexico seems to be rolling our very restrictive regulations concerning cannabis production. “I don’t think there’s going to be a huge demand,” said Jorge Javier Romero Vadillo a political scientist at Mexico’s Autonomous Metropolitan University. Also it was said, “I don’t think this regulation process is going to substantially increase demand.” The new law’s strict licensing requirements for cultivating, packaging and selling marijuana could keep small farmers and vendors out of the licit market, according to Mr. Romero the New York Times reports.

The Times article goes on to state, ” some industry leaders say that the real money in Mexico is medicinal cannabis, which has been legal in Mexico since 2017″… Industrial hemp, which the new bill also regulates and could be used to produce everything from plastics to paper. The agriculture opportunities hemp affords may be a development to watch.

Lastly, the article also mentions exportation briefly. The gist being to who, where would Mexico export cannabis products? Mexico’s legalization may be a catalysts for neighbors such as the United States to legalize it as well as to not fall behind in economic opportunities. 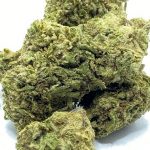